Beloved boyband recently made K-pop history with No. 1 single "Dynamite" 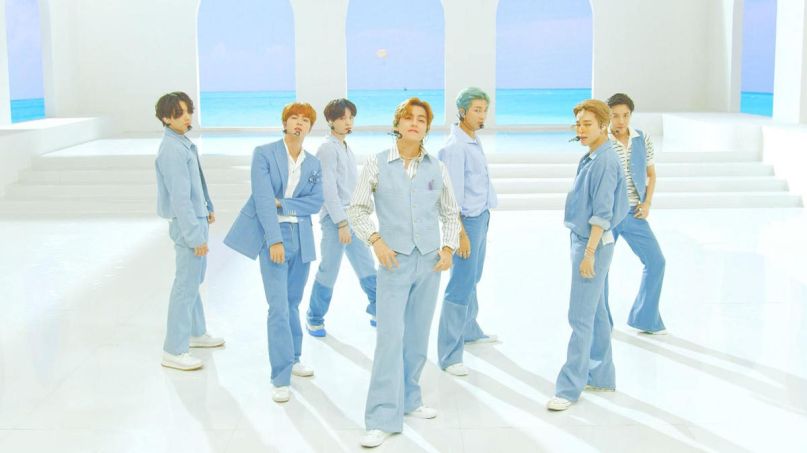 Never ones to rest on their laurels (and there are many), BTS continued their US takeover with not one, but two remote performances on NBC’s Today show.

Early Thursday, the K-pop sensations delivered a dreamy rendition of new single “Dynamite”. The track has been reigning supreme on the Billboard Hot 100 chart, marking the first time in history an all-South Korean act has accomplished such a feat. The Bangtan Boys also dusted off something from their past, 2018 Love Yourself: Tear selection “Anpanman”.

For both performances, all seven members were outfitted in various shades of blue. With their usual precision and pizzazz, they danced across a gorgeous set reminiscent of Santorini or some other breathtaking Greek Island in the Aegean Sea. Watch below.

BTS recently took the MTV VMAs stage for the first time, and teamed up with Hyundai on a jingle titled “Ioniq”. Their hot streak extends through the end of the month, as the beloved boyband is expected to release new concert film Break the Silence on September 24th. Another BTS album is also slated to drop sometime before the end of 2020.