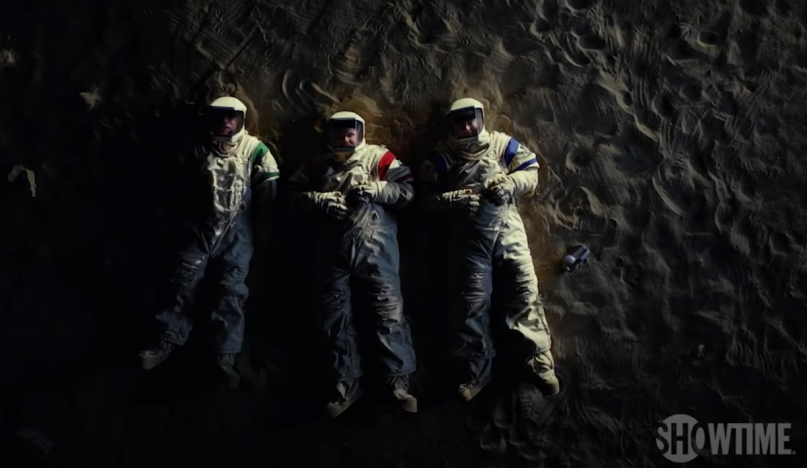 This past weekend marked the 58th anniversary of John F. Kennedy’s famous Moon Speech, given in Houston to promote America’s Apollo program to put a man on the moon. To coincide with the occasion, Showtime has released the first teaser for its space-themed comedy series Moonbase 8, starring John C. Reilly, Tim Heidecker, and Fred Armisen.

Due to premiere sometime this fall, the TV show follows three subpar astronauts who live and train at NASA’s Moon Base Simulator in Arizona. The goal is to one day qualify for a lunar mission, but their lack of expertise proves to be more than just a minor hurdle. Today’s teaser trailer shows us some of the basic exercises and tasks assigned to this goofy trio — and how they’re all so easily botched. Let’s just say JFK probably wouldn’t want these guys in charge of a rocket. Watch the video clip below. Update: The full trailer has now been unveiled.

Moonbase 8 was co-created and directed by Jonathan Krisel (Tim & Eric Awesome Show, Great Job!, Portlandia). As previously noted, the new series is one of Reilly’s first projects since 2018, when he took a breather after the slightly disappointing Holmes & Watson. His co-stars, on the other hand, have been plenty busy the last few years. Armisen recently performed at the Light in the Attic Livestream Charity Concert and participated in an all-star sing-along of Weird Al’s “Eat It”. Heidecker has a new album called Fear of Death dropping September 25th.