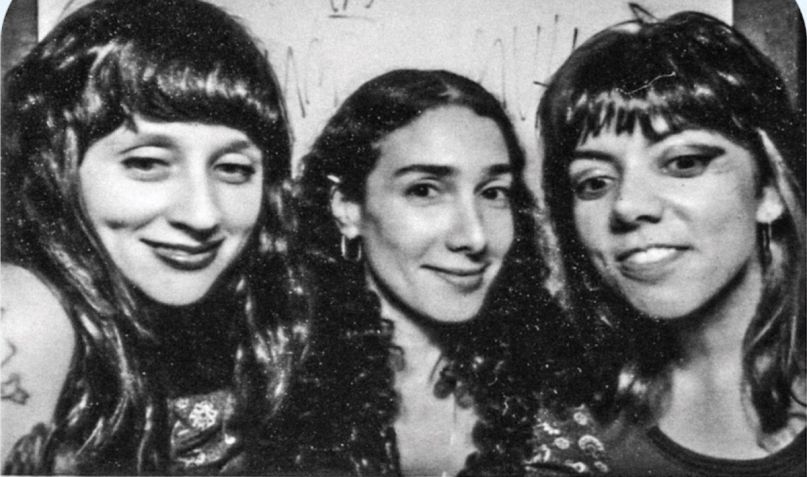 Waxahatchee, Bedouine, and Hurray for the Riff Raff

Waxahatchee, Hurray for the Riff Raff, and Bedouine have occupied a similar corner of the indie folk world for a while now, and they even linked up to go on tour together several years back. So perhaps it should comes as no surprise, then, that all three artists have recorded and released a joint cover of Big Star’s hit “Thirteen”, itself a staple for indie singer-songwriters with a country hinge.

According to Azniv Korkejian, the artist behind the moniker Bedouine, the idea to tackle Big Star first came about during their 2017 tour together. She, Katie Crutchfield of Waxahatchee, and Alynda Segarra of Hurray for the Riff Raff were throwing out different ideas for a song to cover, but couldn’t decide on which one to do. It wasn’t until inspiration struck Korkejian in a green room that the idea of playing “Thirteen” came to be.

“I was backstage in Columbia, MO when I realized it was the anniversary of Big Star’s ‘93 reunion show that had also taken place in Columbia,” said Korkejian. “I was fiddling around with the song in my dressing room when Katie and Alynda walked in. Suddenly I remembered there were three verses to split up. We played it as an homage that night and every night after. After the tour wrapped up, I think it was Kevin Morby that insisted we track and share it. Down the road, Katie wrote me that she would be in LA so I tracked the guitar and she came by to visit and put down her part. Down the road some more Alynda put down her part from New Orleans and sent it over the ether. Now 3 years later we’re finally getting to share it.”

Sure enough, the trio’s cover is an unassuming but heartfelt take on the Big Star classic. By dividing up the verses, each artist takes turns tackling a different section of the song over stripped-back acoustic guitar, all joining back up to coo the chorus’ refrain each time. It’s a moving, subtle take on an enduring classic as well as a testament to their individual strengths as singers. Stream it below.

It’s nice to hear from Hurray for the Riff Raff and Bedouine again, as it’s been a while since they were last in the news, save for the occasional virtual benefit concert. Meanwhile, Waxahatchee has been rather busy in 2020, having released Saint Cloud (one of the best albums of the year so far), playing her entire catalog on livestreams, contributing to Whitney’s covers album, and collaborating on a new song with Kevin Morby.