It's autographed by the Prince of Darkness himself 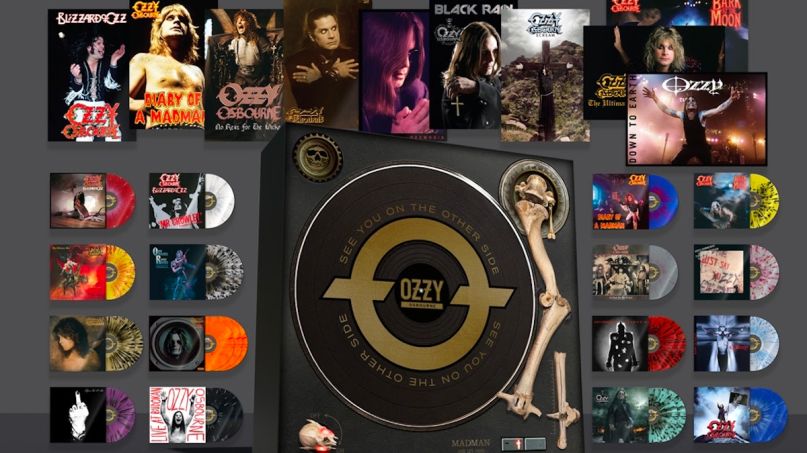 Ozzy Osbourne, See You on the Other Side Box Set

In honor of the 40th anniversary of Ozzy Osbourne’s landmark debut solo album, Blizzard of Ozz, we’re giving away Ozzy’s See You on the Other Side box set, autographed by the Prince of Darkness himself.

The incredible collection packs 16 of Ozzy’s studio albums, EPs, and live releases across 24 pieces of color-splattered vinyl. Along with all of his studio LPs from 1980’s Blizzard of Ozz through 2010’s Scream, the set touts the EPs Mr. Crowley and Just Say Ozzy, plus concert albums Live & Loud and Live at Budokan. In addition, a collection of rarities, Flippin’ The B Side, is included, along with a “See You On the Other Side (Demo)” 7-inch flexi-disc. If that’s not enough, you also get 10 full-sized 24″x36″ posters.


The Blizzard of Ozz album, which was released on September 20th, 1980, was an incredible triumph for Ozzy, who had just been kicked out of his legendary band Black Sabbath. With the help of guitar virtuoso Randy Rhoads and the rest of his solo band, Ozzy delivered an album that contained classics like “Crazy Train”, “Mr. Crowley”, and more.

To win the See You on the Other Side box set, simply enter using the widget below. Note: If you do not see the widget, click here to enter. You can also pick up the box set here and Ozzy Osbourne’s latest album, Ordinary Man, here.

Ozzy Osbourne: See You On the Other Side Box Set