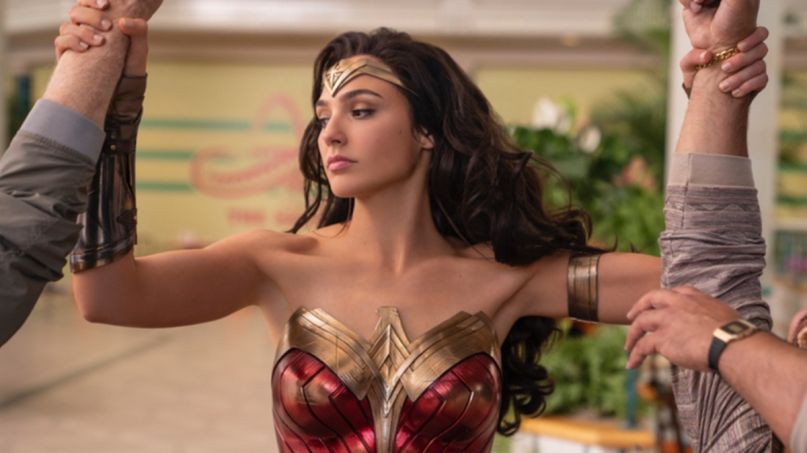 Wonder Woman 1984 is changing its release date… again. The Patty Jenkins-directed sequel has been delayed until Christmas, reports Deadline, primarily due to the ongoing coronavirus pandemic.

The Wonder Woman sequel was originally scheduled to hit theaters in 2019 on December 13th, but the studio then decided to push it to Memorial Day Weekend in 2020. Once COVID-19 spread to the US, they realized it should be delayed once more to this October. And now, at long last, it appears things are coming full circle — seemingly for good — for Gal Gadot and company.

“Patty Jenkins is an exceptional filmmaker and with Wonder Woman 1984 she has delivered an incredibly dynamic film that moviegoers of all ages around the world will absolutely love. We’re very proud of the film and look forward to bringing it to audiences for the holidays,” said Warner Bros. Pictures Group Chairman Toby Emmerich in a statement today.

“First and foremost let me say how much Gal and I love all our devoted Wonder Woman fans around the world, and your excitement for WW84 couldn’t make us happier or more eager for you to see the movie,” added Jenkins. “Because I know how important it is to bring this movie to you on a big screen when all of us can share the experience together, I’m hopeful you won’t mind waiting just a little bit longer. With the new date on Christmas Day, we can’t wait to spend the holidays with you!”

With a hype-worthy trailer and some flashy Golden Eagle armor, Wonder Woman 1984 should have the buzz it needs to succeed during a Christmas box office. However, there’s another big film coming the week right before that: Dune, which essentially broke the internet with its own fantastical trailer soundtracked by Hans Zimmer doing Pink Floyd the other day. Is Warner Bros. shooting itself in the foot by releasing both massive blockbusters side-by-side? Or is it part of a greater ploy that will work in their favor? Place your bets now.