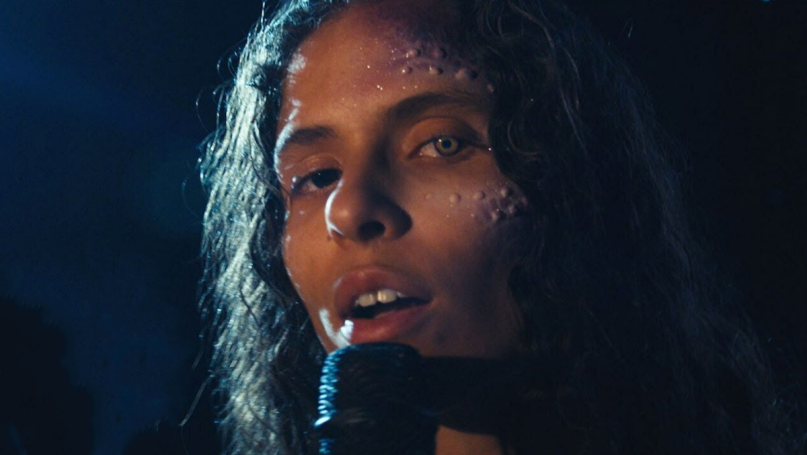 Nearly nine months after dropping her debut album, Modus Vivendi, 070 Shake made her solo late night TV debut on Wednesday. However, the alternative hip-hop artist appeared on Fallon not only to perform “Guilty Conscience”, but to debut an unreleased track called “History”.

Delivered in front of eerie farm house where 070 was flanked by a pair of stony looking aliens, “History” opens as a pitch-shifted epic. As it kicks into what sounds like the first verse, it becomes a dark, skittering chase. Our former Artist of the Month sings of how she’s one to love hard, but love short: “Another one bites the dust/ So are you gonna cry, cry/ If so, I won’t stick around/ And watch you, oh no.”

Walking through that glowing door for “Guilty Conscience”, 070 Shake came out into a moonlit desert scene. Smoke and altering, pulsing lights surrounded her as she steadily held her mic and sang straight into the shifting camera. Check it all out below.

One of our favorite songs of the year, “Guilty Conscience” received a remix from Tame Impala over the summer.