Aaron Sorkin Wants a Sequel to The Social Network, but Only if David Fincher Directs

Sorkin wants to show how "Facebook is bringing down democracy" 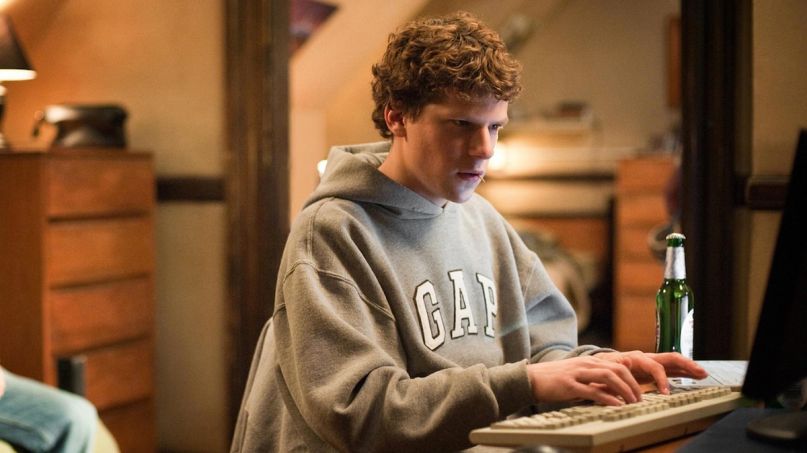 The Social Network celebrated its 10th anniversary last week, and it looks like it’s not just the fans who are feeling nostalgic over it. During a recent interview on the Happy.Sad.Confused podcast, screenwriter Aaron Sorkin said he wants to pen a sequel to The Social Network, but only if David Fincher returns to direct.

Last year, Sorkin revealed that he was considering a follow-up to his Oscar-winning screenplay for The Social Network. In the decade since the original film’s release, Facebook’s saga has entered an entirely new level of controversy stemming from Russia’s interference in the 2020 election, its unwillingness to police fake stories, and its safe-guarding of hate groups who use Facebook to spew their rhetoric and plan attacks.

Speaking with Happy.Sad.Confused, Sorkin specifically cited Zucked, the 2019 book written by Roger McNamee, as a potential source of inspiration for the sequel’s screenplay. An early investor in Facebook, McNamee criticizes the company and their involvement (or lack thereof) in political activity

“People have been talking to me about it. What we’ve discovered is the dark side of Facebook,” said Sorkin. “And [Sheryl] Sandberg and [Mark] Zuckerberg seem uninterested in doing anything about it. This all ends up with McNamee in a Senate basement secure conference room briefing Senate Intelligence subcommittee members on how Facebook is bringing down democracy. We have a huge problem here and something needs to be done about it.”

However, there is one big factor preventing Sorkin from penning a first draft for the sequel. “I will only write it if David directs it,” he said in the podcast.

The ball is in Fincher’s court, and it’s anybody’s game to guess if he finds a follow-up to The Social Network worthy. To be fair, the director’s pretty busy these days already. Fincher’s highly anticipated new movie Mank, his first feature in over five years, hits Netflix soon. Meanwhile, he put his excellent series Mindhunter on an indefinite hold to have enough time for the other projects on his plate, like a prequel to Roman Polanski’s neo-noir thriller Chinatown.