An album filled with romantic wonder, flirtatious possibility, and the promise of more to come 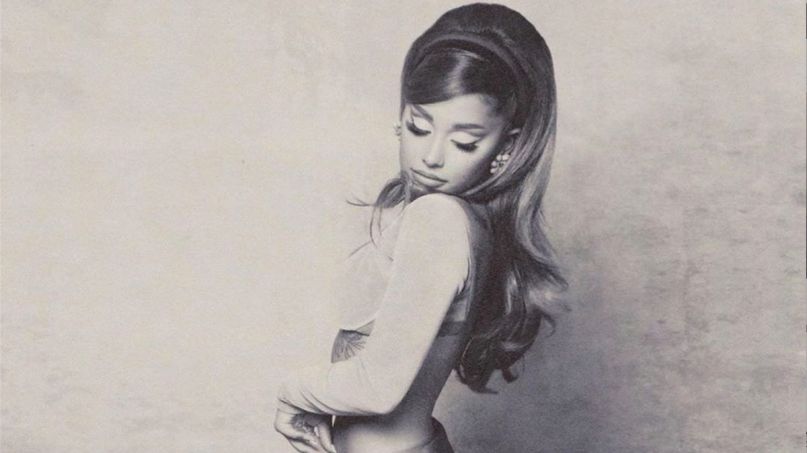 The Lowdown: Finally, Ariana Grande answers the question we were all asking: what would it sound like if a 1940s film star woke to find herself in the 21st century, carved out her own corner of pop music, adopted the world’s most recognizable ponytail, and gathered her soaring vocals and stacked harmonies into an exploration of modern love?

Positions, Ariana Grande’s sixth studio album, is a journey. It’s not so much a departure from her two most recent entries, Sweetener and thank u, next, as it is an amalgamation of those works with her lauded and beloved Dangerous Woman. It’s certainly her most explicit album to date, but her musings on romance, lust, longing, and heartache have never sounded more at home than on this orchestral yet beat-heavy record. It’s daring. It’s showy. It’s wildly theatrical — and it gives Ariana the space to do all the things she does best.

The Good: From the beginning, Positions exudes confidence, beginning with the intro of “shut up”, in which, rather than greeting listeners with a warm welcome, Ari instead lets us all know that this is her show, and we were just lucky to snag tickets. (She’s not wrong.) This energy doesn’t let up throughout the 13 subsequent tracks, and it’s a bit thrilling to hear a young woman this braggadocious, this sure of herself. Throughout the story she weaves together, this Ariana is a protagonist who knows that she’s the strongest in the room and will never make herself smaller for the sake of making others comfortable.

If thank u, next was a reclamation of power and of narrative, Positions is its carefree continuation. There’s no need for tracks that dig at exes anymore. Instead, the joy comes from the fact that Ariana is content right where she is; happy to see herself through a lover’s eyes on the intimate “pov”, which is also perhaps the best showcase for the belt listeners often crave from her. She’s overwhelmingly playful and no-holds barred on “34+35”, “six thirty”, and the aptly named “nasty”. Pay close attention to “just like magic”, in which Ariana tucks in the line, “Take my pen and write some love letters to heaven,” presumably blowing a kiss to the clouds for the late Mac Miller.

The true highlight of the album comes in the form of “my hair”, a shimmering, ’90s-infused track that subverts any and all expectations. From the title alone, listeners may have expected a response to those that criticize Ariana’s now trademark hairstyle but will instead be delighted by a conversation with a lover: assured, provocative, and inviting. The song sounds like sinking into a claw-foot bathtub with an entire bottle of champagne. The song sounds like locking eyes with a well-dressed stranger across the bar. The song sounds like driving a convertible down the Pacific Coast Highway, I assume. The whistle notes at the end send it home — this song rules.

The Bad: Interestingly, the title track off Positions is the weakest entry in the bunch. Released ahead of the album on October 21st, “positions” is a perfectly adequate mid-tempo offering that doesn’t rise above the stacked pack. Throughout the album, Ariana is strongest on her own two feet. The collaborations don’t do much more than distract from the better story happening elsewhere. “safety net” with Ty Dolla $ign is the best of the bunch; fans of Doja Cat or the musical Chicago might enjoy two audacious divas exploring “motive”, but the pulsing duet ultimately falls flat; anyone interested in hearing Ariana with The Weeknd should just go ahead and revisit 2014’s “Love Me Harder” instead of spending too much time with “off the table”. It’s all right: we can’t all be “Rain on Me” (Read: pop perfection).

The Verdict: Positions fits neatly in the pop princess’ catalogue and feels like a worthy continuation of her story. The narratives (much like the vocals) are lush, filled with graceful twists and turns, plenty of side characters to keep our attention, and a star worth rooting for. Ultimately, the album is a 2020-appropriate pop fairytale: for a moment, we are transported elsewhere, to a space filled with romantic wonder, flirtatious possibility sealed with a kiss, and the promise of more to come.

Pick up a copy of Positions here…