BLACKPINK’s The Album Delivers Everything Fans Love About Them: Review

The K-Pop icons stick to a formula of glossy production, addicting beats, and distinct vocals 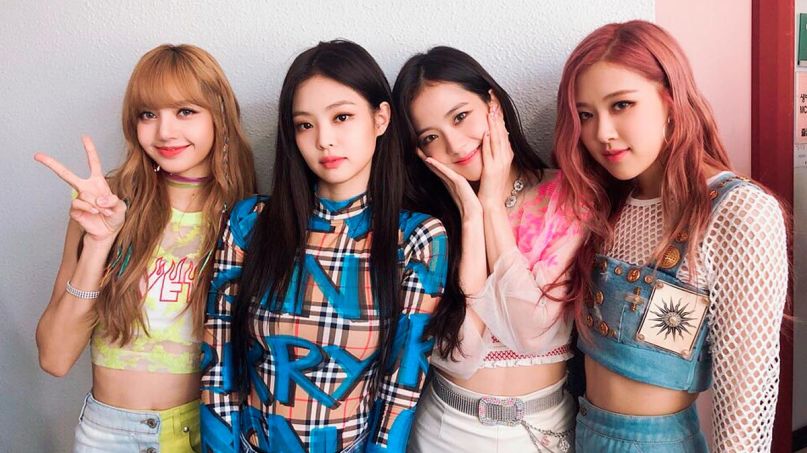 The Lowdown: It’s pretty rare to be pop icons before your first album even drops, but BLACKPINK are an exception to the rule. Coachella, an arena tour, and one million album pre-orders: all with less than 20 songs to their name. The group released their first single in 2016 and, until this point, have put out a string of increasingly similar-sounding title tracks with the occasional B-sides. It’s easy to see why the album, appropriately titled The Album, was so highly anticipated by dedicated fans and casual listeners alike. The group deliver on everything fans love about them — like glossy production, addicting beats, distinctive vocals, and captivating performances — while managing to show off some new sides of BLACKPINK as well.

The Good: The Album opens by kicking down the metaphysical door with “How You Like That”, the most classically BLACKPINK song on the record and the first preview fans got over the summer. It’s the epitome of those formulaic singles they’ve been releasing for the past few years, but it’s hard to deny them when the formula works so well. The elastic beat doesn’t stop once it starts, and every line is delivered meticulously. BLACKPINK bring a great mix of vocal textures: Rosé has a voice for current indie pop, Jisoo’s is deep and smooth (and often criminally underutilized), Jennie brings a classic pop tone, and Lisa’s raps are assertive and vibrant. The real fun of K-Pop is in the performance, but you don’t entirely lose that visual element listening to this album. The girls make a meal out of every lyric, and it’s where the real fun of their music lies.

You can hear it on “Lovesick Girls”, the album’s latest single and Avril Lavigne moment, which pairs a country guitar with some good, old BLACKPINK dance beats. The members embody the drama as they chant the chorus, and the song is an album highlight, especially for the vocalists. On “Pretty Savage”, all four girls really sink their teeth in. One of the best moments is Rosé’s pre-chorus where she declares they’re “some bitches you can’t manage,” rhymes it with savage, and ascends slightly unrestrained into the chorus. The rest of the girls serve up choppy syllables that match the beat and feign a sigh on the chorus before cutting back in to warn whoever’s testing them that they had better run.

“Pretty Savage” is bookended by two collabs — Selena Gomez on radio-perfect “Ice Cream” and Cardi B on the catchy “Bet You Wanna”, which gave us a great tweet and proved BLACKPINK are right up there with the pop stars of the moment. They ride solo again on “Crazy Over You”, which could sound messy with the amount of influences being meshed together, but its minimal chorus and memorable raps and vocal performances make it one of the most distinctive moments of the album.

The Bad: While “Pretty Savage” is one of the most exciting songs on the album, one moment left me with some questions. The first verse is a killer rap from Lisa, but features the lyric “born skinny, bitch,” which feels like a weird flex in 2020. While Lisa has faced obsessive Internet scrutiny over her weight, and it would be valid to address it in a song, she didn’t write the lyric that’s unfortunately worded like a brag. In fact, no women wrote lyrics for this song. The idea of a group of men sitting around writing this albums’ lyrics feels so outdated, especially when BLACKPINK are modern pop icons. It’s an argument for companies like YG to put their money where their mouth is and hire more women for these behind-the-scenes positions in the music industry. Jisoo and Jennie do have writing credits on “Lovesick Girls”, and hopefully the girls pursue songwriting further if it’s something they want to do.

Other than that, the album falters when it leaves you wanting more, both in quantity and quality. The Album clocks in at only eight tracks, and it’s unclear why, especially when a full-length project was so anticipated. The songs themselves also sometimes feel like they’re lacking something — they’re satisfying pop records, but BLACKPINK are in a position both financially and popularity-wise where they could afford to take some risks. A song like “You Never Know” doesn’t really work as a closing track: the vocals are strong, but its almost-a-ballad tempo leaves you wanting more. The Album was meant to deliver on fans craving more but leaves you still wondering what could’ve been.

The Verdict: BLACKPINK are undeniable stars. Where the album can get tired in production, the girls themselves are always there to keep you entertained. They’re master performers, with the vocal quality and skill to back it up. The Album showcases their signature style of blending genres and influences to create songs that are just as classically pop as they are identifiably BLACKPINK.

Essential Tracks: “Lovesick Girls”, “Pretty Savage”, and “How You Like That”

Pick up a copy of BLACKPINK’S The Album here…