The Lowdown: The pseudonym of Brooklyn-based electronic musician Daniel Lopatin, Oneohtrix Point Never has made a name for himself not only with his own releases, but also through his collaborations with notable artists like Tim Hecker, FKA Twigs, and The Weeknd. He’s also found acclaim as the composer for both Safdie brothers films — 2017’s Good Time and 2019’s Uncut Gems — and he set a high bar with 2018’s Age Of. Thus, he had quite the task in front of him in making its follow-up, Magic Oneohtrix Point Never, a worthwhile addition to his impressive and renowned catalog.

Fortunately, Lopatin goes one step further by creating a fascinating and evocative, yet periodically frustrating, sequence. Recorded in lockdown between March and July of this year, Magic Oneohtrix Point Never sees him continuing to emphasize his voice alongside contributions from The Weeknd, DJ/singer Arca, singer-songwriter Caroline Polachek, and rapper Nolanberollin. Its title is an overt nod to Boston station WMJX (also known as Magic 106.7), and it’s designed to evoke the chilled-out vibes and chaotic transitions of popular radio. Furthermore, he’s aptly described it as “collaging maximalist baroque-pop within atmospheric glitter” that aims to achieve relatively autobiographical and introspective observations.

The result is a pleasingly emblematic experiment that sort of combines the broadcast gimmick of The Who Sell Out and QOTSA’s Songs for the Deaf; the digital serenity of Sufjan Stevens and Janelle Monáe; and the madcap sound collages of The Residents, early Frank Zappa, and Negativland. True, some of it goes for style over substance (leading to several moments of blatant superficiality and/or unbearable repetition), but it’s almost always intriguingly innovative, if not outright moving and substantive.

The Good: Unsurprisingly, the most fully formed tracks stand out most. Specifically, “Long Road Home” is a dazzling and soothing collage of saintly sentiments (courtesy of Polachek), symphonic beddings, and novel textural manipulations. In a way, it’s like Gorillaz, Childish Gambino, and Linkin Park had an especially mellow and irregular lovechild. Later, “I Don’t Love Me Anymore” channels Aphex Twin and Fatboy Slim by filtering that same calmness into an aggressive trip-hop/ambient tunnel. There’s also the Rainer Maria Rilke-inspired “No Nightmares,” a sleekly chilling but cathartic synth ode that uses The Weeknd’s emotive vocals to great effect. Plus, “Lost But Never Alone” captures the subtle sense of romantic tragedy that makes the criminally underappreciated Neverending White Lights so remarkable.

The Bad: A few selections come across as either aimless or annoying. Although they deserve some credit for tying together the sequence with conceptual continuity, the four “Cross Talk” segments are too dissonant and erratic to be listenable. They’re intentionally tuneless, no doubt, but that still means that they’re unenjoyable. Sadly, the same can be said for “Answering Machine” and “Imago” (even though the latter track is more melodic at first). As for Nolanberollin’s spotlight, “The Whether Channel”, it’s satisfyingly peaceful and chameleonic until its hectic production and mumbled verses transform it into something that’s too grating.

The Verdict: Magic Oneohtrix Point Never is another example of why its creator is such an in-demand and celebrated part of the genre. There’s a powerful cohesion to the collection that makes it feel greater than the sum of its parts, with several standout fusions of singing and instrumentation/production as only Lopatin could yield. Even its least agreeable selections demonstrate his characteristic and commendable vision, if nothing else, so the record is thoroughly adventurous and interesting. It doesn’t always sparkle as much as it could, but when it does, it illuminates a true talent in the realm of electronic/experimental music.

Pick up a copy of Magic Oneohtrix Point Never here… 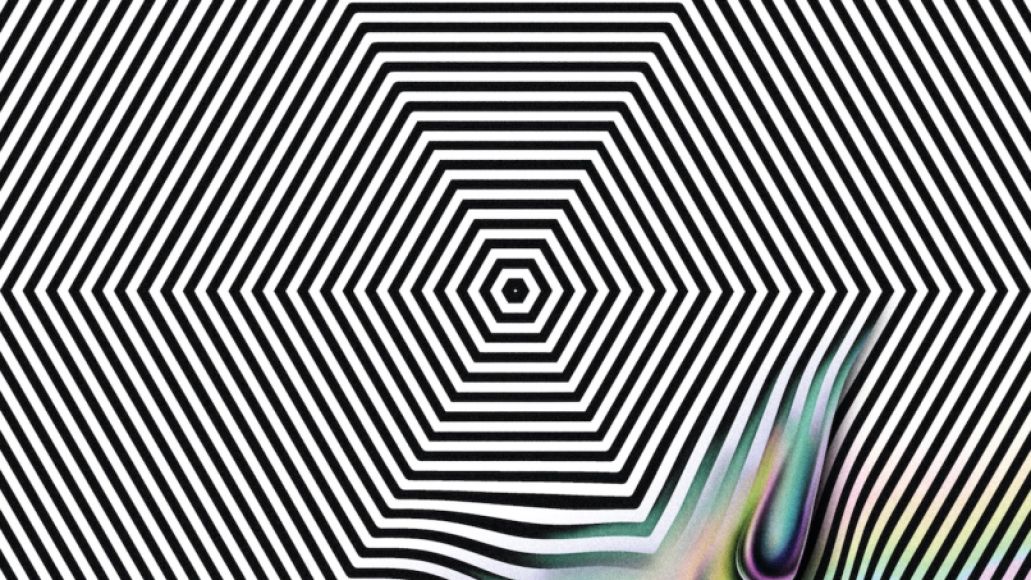 Billy Corgan on Chris Cornell's Death: "I've Been in That Exact Spot a Thousand Times"