Mr. Bungle Unleash Thrash from the Past with Raging Wrath of the Easter Bunny Demo: Review 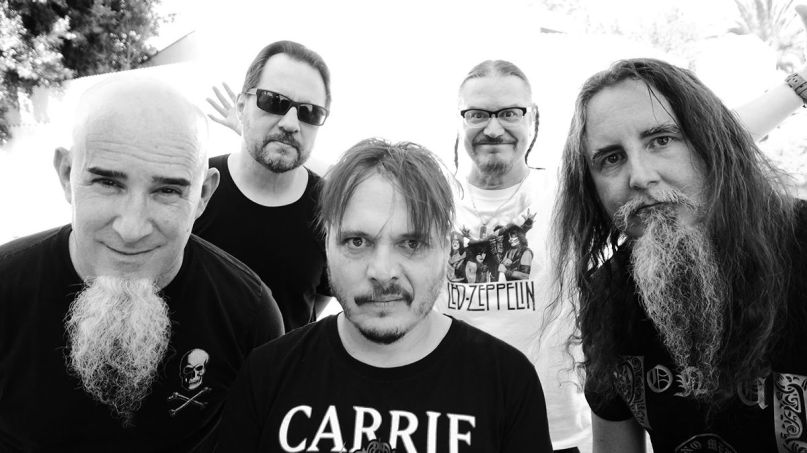 The Lowdown: When Mr. Bungle reunited for an early 2020 tour, it wasn’t so they could relive the glory days and make a buck playing classic material. Instead, the band set out to have the most fun possible. Not only did Mr. Bungle avoid the classics, they played one of their most obscure works, 1986’s demo The Raging Wrath of the Easter Bunny. A far cry from the avant-rock of Bungle’s ’90s output, the demo is pure thrash metal and hardcore — essentially a different band.

To fulfill this vision, founding Bunglers Mike Patton, Trey Spruance, and Trevor Dunn enlisted ex-Slayer drummer Dave Lombardo and Anthrax guitarist Scott Ian for the reunion lineup. Along with the brief tour, the same lineup went into the studio to re-record the Easter Bunny-era material and a few cover songs. Fueled partly by nostalgia and revisionist history, the band sought to give the demo — originally a crude lo-fi cassette — a proper recording with the help of some of the genre’s greatest musicians.


The Good: Prepare to be transported to the heyday of thrash. From its twinkling classical intro “Grizzly Adams” to the sinister riff of opening track “Anarchy Up Your Anus”, Mr. Bungle waste no time evoking the ’80s metal albums that often began with such moments of contrast. From then on, it’s a full-on thrash attack. Everybody still sounds tour tight, as torrents of apex riffage and Lombardo blast beats gush from each song. Patton’s wild howl and otherworldly vocal range provide the album’s vitriolic central protagonist whose ravings assume a dark, sarcastic view of society. Mostly written when the band were teenagers, there’s some adolescent wordage (“Raping Your Mind”, “Spreading the Thighs of Death”), but the black humor of Mr. Bungle’s later work was already in place.

The new recordings give more clarity to these ideas while allowing the band to revisit the demo with decades of experience as musicians (i.e. Dunn’s bass work — almost inaudible on the original 1986 demo — is now a persistent virtuosic display). The reanimated Easter Bunny relentlessly shreds (“Bungle Grind”, “Sudden Death”) but also eases up for the chugging metal number “Eracist” (which was written at the same time of the ’80s demo but never properly recorded). Credit goes to Mr. Bungle’s former selves for conceiving the material and their current selves for executing it so flawlessly.

The Bad: With its constant aggression, the album feels long at 56 minutes, due in part to two cover songs that weren’t on the original demo. A reworking of the Stormtroopers of Death tune “Speak English or Die” as “Habla Español O Muere” (“Speak Spanish or Die”) — complete with a very skippable “La Cucaracha” interlude — could have been trimmed. And the cover of Corrosion of Conformity’s “Loss for Words”, while spirited, would have made a good B-side and convolutes an album mostly filled with original Bungle songs. Lastly, the devil bunny album cover is a bit kitsch compared to the crusty aesthetic of the original demo, which is infinitely more metal despite its low budget quality (though the band is releasing the new album on a limited run of cassettes using the OG art).

The Verdict: The original core of the original Mr. Bungle along with Lombardo and Ian makes for an all-star team that sounds as good as you’d expect, if not better. Fresh off the reunion tour, they entered the studio as a well-oiled thrash metal machine and delivered the goods. The album could stand to be 10 minutes shorter, but who’s to complain about having too much of a good thing? Recorded pre-pandemic, the joy and enthusiasm of the reunion tour is captured here and the results are immensely entertaining. If you like thrash, then the Raging Wrath of the Easter Bunny Demo is mandatory listening.

Pick up the Raging Wrath of the Easter Bunny Demo here, and read our recent interview with Mike Patton here.