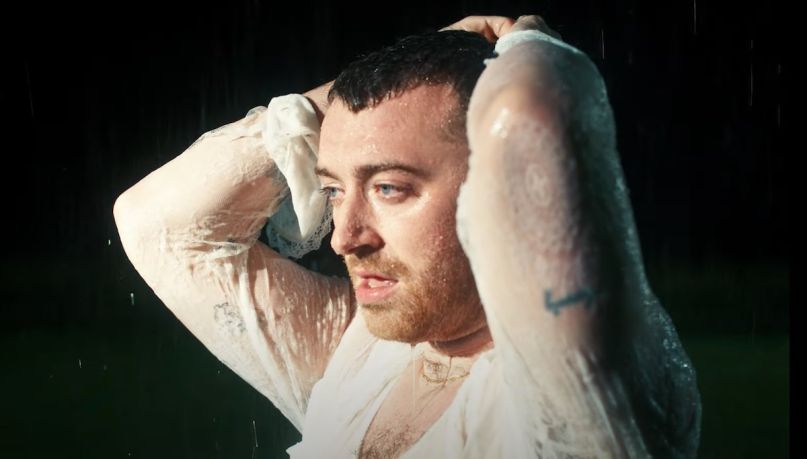 The Lowdown: In 2014, London-born Sam Smith broke big into US pop with two singles: “Latch”, a compellingly histrionic soul-EDM track with Disclosure; and “Stay with Me”, a choir- and piano-backed, naked plea for momentary companionship. These hits reflect Smith’s twin signatures as a performer: the spectacular power of their distinctive voice and the effortlessness with which they plumb vulnerability. On their third full-length album, Love Goes, Smith delivers more of these familiar, emotional-pop crescendos designed to soundtrack sentimental feelings on and off the dancefloor. However, in the midst of personal transformations, this collection of tracks reflects a shifted perspective: The singer doesn’t cry out for their love to return, but instead watches, with a kind of acceptance, as it goes.

Note: Love Goes spans 11 new(-ish) songs — plus six previously released singles. These “bonus tracks” include hits “How Do You Sleep?” and “Dancing with a Stranger” featuring Normani — and these polished earworms are two of the best songs here. But for this review, I’ll spotlight the first 11 tracks (all co-written by Smith), presented together as a full album idea.

The Good: The primary sonic influences on Love Goes appear to be equal parts Robyn and Adele. On the first half of the album, Smith stays firmly in the “dance and cry” zone and to strong effect. With its cold strings and anxious club synths, “Dance (Till You Love Someone Else)” sounds like a lost track from Robyn’s 2018 Honey. “Diamonds”, the first official single from this album, is a standout — the most fun and least sorrowful. Instead, the Shellback collab features a disco-laced bassline and tells off a gold-digging ex, but the twist is how, amid his triumphant-yet-resigned kiss-off, Smith never loses sight that they’re on the losing end.

Smith has always been a convincing purveyor of wrecked romance, and they can call up cathedral-swelling catharsis with ease. On Love Goes, they stick to that subject matter — see the appealing melodrama of “For the Lover That I Lost” — but they turn the light of their torch songs onto their own patterns in and out of love. In this minor shift, Smith manages to complicate downtempo moments like “Forgive Myself”, which otherwise might have been merely the maudlin manipulations of a Lewis Capaldi type.

The Bad: The best songs on Love Goes are probably among the previously released “bonus tracks,” which are tacked on to the end of the album. That placement gives the project a disjointed flow, and it makes the listener wonder whether Smith is not more suited to releasing singles? If your sole subject is mourning love lost (emotion turned up to 11), is it inevitable that a full-length album will become a slog?

Smith has spoken of this album as a “reckoning”, a reflection of major personal transformation of the last two years: Smith became more open about their gender expression, publicly changed their pronouns, and experienced what they called their first “real heartbreak.” The emotion is there, as ever, but the production sound doesn’t pull equal weight in distinguishing Smith’s work from other mainstream pop artists. For a musician whose breakthrough, “Stay with Me”, ultimately had to share co-writing credits with Tom Petty for mimicking a 1989 hit, many of these tracks still sound familiar to Top-40 listeners: “Young” recalls a Billie Eilish run; the celebratory horns-and-beat-drop of “Love Goes” references the latest iteration of Panic at the Disco. This listener would be interested to see what Smith’s voice would do if working with more inventive production or challenging sounds.

The Verdict: One definition of a pop star is a chameleon, possessor of a kind of charisma that reinvents itself steps ahead of dominant trends, ready to deliver for changeable audiences (see: Rihanna, Lady Gaga, or even Ariana Grande). Then there are pop stars who apply their core essence to songs — and the trappings of production or lyrics are mostly scaffolding. Sam Smith seems to be the latter: Give them the most upbeat of anthems, and their soulful, elegiac voice will inevitably reveal its dolorous heart. No matter the transformations or trends, they can’t help but be themselves.

Essential Tracks: “Diamonds”, “Dancing with a Stranger”, and “How Do You Sleep?”

Pick up a copy of Loves Goes here…