Alex Van Halen to His Late Brother Eddie: “See You on the Other Side” 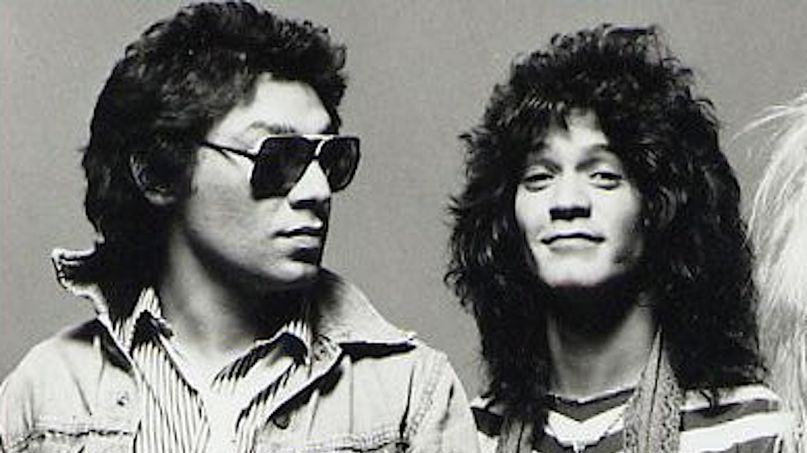 Alex Van Halen has acknowledged the passing of his bandmate and brother, Eddie Van Halen, with a brief statement to media outlets. The drummer also shared a charming photo of the two of them as children.

In keeping with the short tributes that have already been posted by Eddie’s other Van Halen bandmates, Alex simply wrote, “Hey Ed. Love you. See you on the other side. Your brother, Al.” The heartwarming photo depicts Alex standing up in overalls while a toddler-aged Eddie sits on a rocking horse and plays a toy drum.

Alex and Eddie were both born in Amsterdam before moving with their family to Pasadena, California, in 1962. The brothers formed their legendary band in 1972, first dubbing themselves Genesis, then Mammoth, before settling on Van Halen.

Eddie’s wife, Janie, and ex-wife, Valerie Bertinelli, also shared emotional tributes to the guitarist, as have dozens of fellow musicians and celebrities.

See the short message and childhood photo from Alex Van Halen below.

We received this from Alex Van Halen… "Hey Ed. Love you. See you on the other side. Your brother, Al”#EddieVanHalen #EddieVanHalenRIP pic.twitter.com/dunXGiXhkK