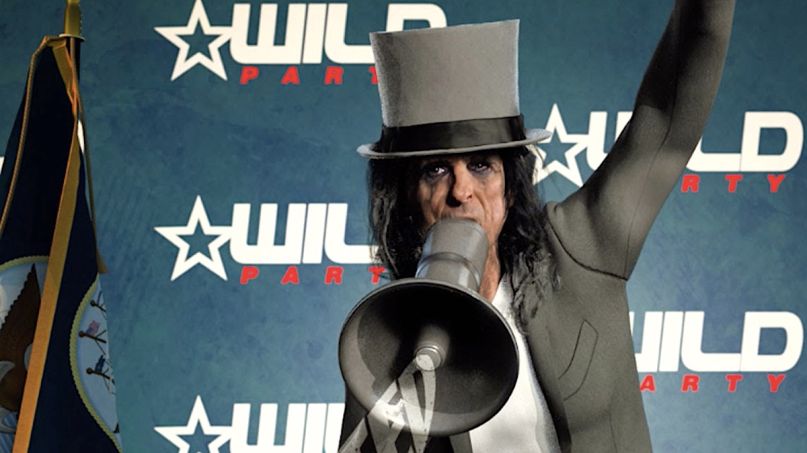 Every four years since Alice Cooper released the iconic single “Elected” in 1972, the rocker has “satirically” run for president. Just in the nick of time, Cooper has thrown his hat into the 2020 race, releasing an updated video for “Elected” and a ton of “Alice Cooper for President” merch.

Running on the “Wild Party” ticket, Cooper’s campaign platform says it all: “I can do nothing as well as they can do nothing.” With his official website adding, “I have absolutely no idea what to do.”

The new “Elected” video takes a humorous and lighthearted approach to the campaign process, which is much appreciated considering the real-life campaign has been anything but. Cooper sings the song through a loudspeaker from a podium, and the words remain as relevant as ever.

Fans can show their support with T-shirts, stickers, and pins that showcase Alice Cooper, presidential nominee, holding his own severed head, emblazoned with phrases like, “A Sickman for a Sick Nation / Wild Party Forever”. Liven somebody’s morning commute and slap that on your car bumper.

Above all, Alice Cooper is out to charm and entertain, which we’re all sorely in need of during the pandemic. Months ago, Cooper shared the inspirational anthem “Don’t Give Up”. The song was very direct in its hopeful message and saw the king of shock rock at his most human and sincere, all jokes aside.

Show your support for Cooper’s presidential bid via his online shop. Watch the video for “Elected” below.