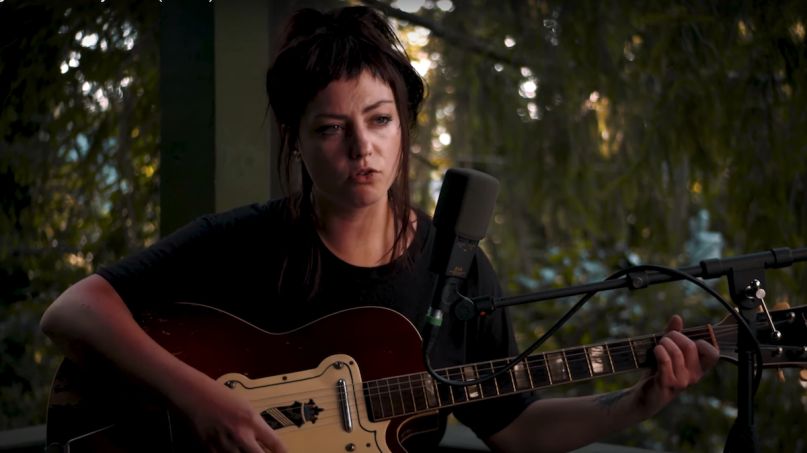 With birds and the occasional chainsaw singing in the background, Olsen kept the performance simple, soft, and to-the-point. She introduced “Iota” off Burn Your Fire for No Witness by saying it’s “just about wishing that all the world could see something for what it is at the same time. Yeah.” At the end, as she slipped on the chord progressions of her “goodbye” song, “Waving, Smiling”, she gave a chuckle. “Little different than I expected, but that’s okay.”

The other performances delivered during the four-song set included the Whole New Mess title track and the album’s “What It Is (What It Is)”, a sparse version of the All Mirrors cut “What It Is”. All and all, it’s a mellow way to welcome the middle of the week. Watch Olsen’s full Tiny Desk (Home) concert below.