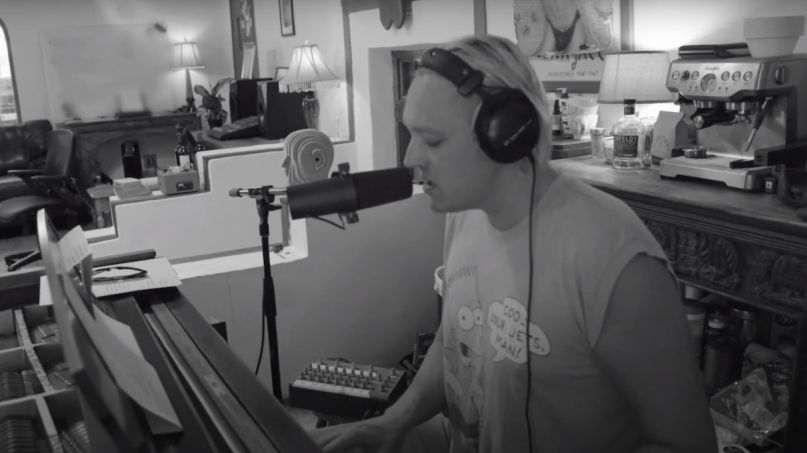 Like many political activists, Justin Vernon has been working overtime in his home swing state of Wisconsin this election season. Launched through Vernon’s Eaux Claires Festival, the For Wisconsin campaign has been educating voters on their rights, whether through performances by the likes of Sylvan Esso or one-on-one conversations with Vernon himself. The latest push comes courtesy of Arcade Fire, who delivered a performance video of “Culture War”, a B-side off the beloved The Suburbs.

Win Butler led a three-piece version of Arcade Fire in the acoustic rendition. “Now the future’s staring at me/ Like a vision from the past/ And I know these crumbs they sold me/ They’re never going to last,” go the opening lyrics, making it a fitting song for 2020. The starkness of Régine Chassagne on the organ only emphasizes the dark times in which we’re living and the importance of a new generation of voters.

The performance comes just days after the Supreme Court rejected a Democratic proposal to extend Wisconsin’s mail-in voting deadline. For Wisconsin is thus encouraging anyone with a mail-in ballot to drop it off at a polling place or drop-box. This will ensure it’s counted and that the Republicans have no grounds to try to use the SCOTUS to steal the election. Ya know, because this is America.

We may be getting some fresh AF sooner rather than later, as the band confirmed they were working on a new record. In fact, Butler recently said the pandemic gave him time to write “two or three” albums in quarantine.