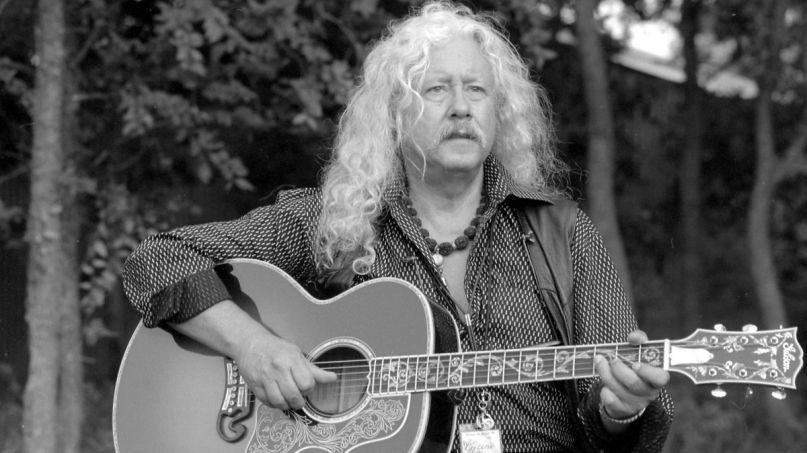 Arlo Guthrie has announced that he’s officially done with touring and performing live. In a lengthy Facebook post titled Gone Fishing, the “Alice’s Restaurant” singer and son of Woody Guthrie implied that health setbacks are the reason for this hard decision.

The 73-year-old folk legend revealed that he suffered a mini stroke in 2016 and another full stroke last Thanksgiving that impacted his ability to walk and perform. He ultimately recovered and was ready to hit the road again in 2020, but then the pandemic happened and his progress was halted by a year of cancelled tour dates. After some tough consideration, Guthrie decided that he’d rather go out on top than to struggle through livestreams and hold out until concerts one day resume.

“A folksinger’s shelf life may be a lot longer than a dancer or an athlete,” he wrote in the statement. “But at some point, unless you’re incredibly fortunate or just plain whacko (either one or both) it’s time to hang up the ‘Gone Fishing’ sign. Going from town to town and doing stage shows, remaining on the road is no longer an option.”

Elsewhere in the post, Guthrie explained that he and his girlfriend recently went through the arduous process of selling his longtime home in Florida. He also shared some introspective wisdom about what it’s like to be a folk lifer, as opposed to other types of musicians who perform more physically exhaustive styles of music.

“As a folksinger, I never really thought much about getting older,” he wrote. “It seemed to me that I could just continue year after year, decade after decade, singing and playing as I had done for most of my life. As the years went by, it got more difficult to keep touring, but I did it, mostly because I’d been doing it my entire life. It was the life I knew and loved.”

Although he may not be fit to perform for nine months out of the year like he used to, Guthrie made sure to emphasize that he’s feeling good and spending lots of quality time with his girlfriend and other loved ones. “I’m happy, healthy and good to go, even if I’m not going anywhere. I’ve taken back 6-9 months that I used to spend on the road, and enjoying myself with Marti, my family and friends.”

Guthrie released 20 albums throughout his 50-plus year career, but he’s still perhaps best known for his 1967 hit “Alice’s Restaurant”, an 18-minute protest song against the Vietnam War. The song was made into a film two years later (also titled Alice’s Restaurant) and it remains one of the most iconic American tunes to cross the 10-minute mark. Take a listen below in Guthrie’s honor, followed by the musician’s full statement.