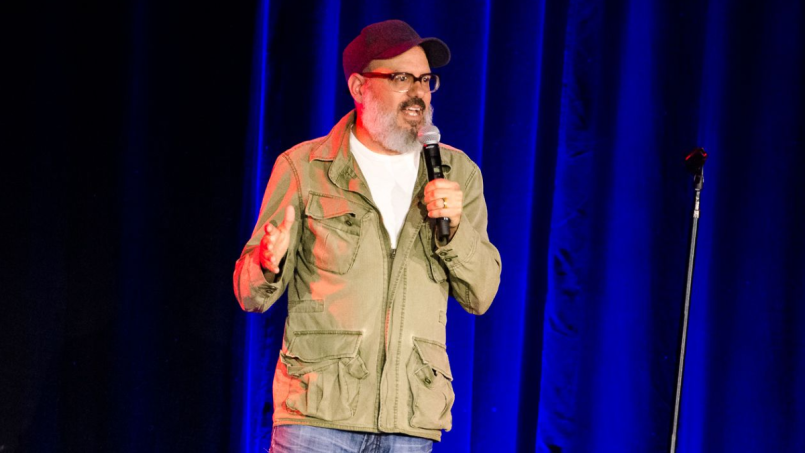 Consequence of Sound and The Modern School of Film are proud to announce Assembly is back for a second season. On November 10th, host Robert Milazzo’s documentary podcast series will go behind the scenes with comic David Cross.

Recorded in 2019, Milazzo follows Cross as he shapes his new stand-up act through a set of intimate gigs in Brooklyn, New York. Along the way, long-time collaborators, friends, and family all lend their perspectives on Cross’ life and work.

​“David was part of just about every great memory of comedy I have,” Garofalo says. “Assembly gave those moments back to me.” Oswalt echoes those thoughts, adding, “I love talking to Robert in general, but the way Assembly looks first-hand at an original like David — how he works, thinks, takes risks — well … yes!”

What’s more, the one and only Fred Armisen contributed original music to the second season. “I have known Robert for a long time and David for even longer,” Armisen says. “It was my absolute pleasure to compose music for ​Assembly​.”

Presented by the Consequence Podcast Network, Assembly explores the stories of the creators, communities, and crowds that come together, as events in art, culture, and beyond are shared into legacy. The show is told completely first-hand, through the voices and lives touched, from first inspiration to public debut.

Stream a short teaser above and subscribe to the series now ahead of the November 10th premiere. You can also revisit the first season of Assembly that followed Iron and Wine and Calexico as they prepared their tour for Years to Burn.