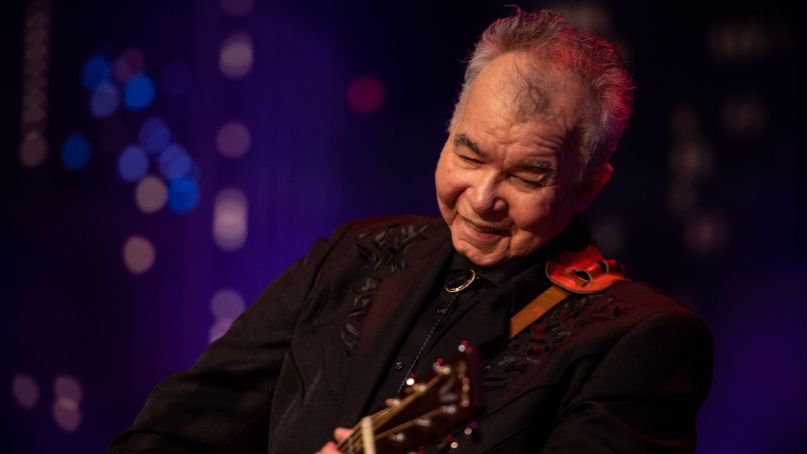 Season 46 of Austin City Limits TV premiered over the weekend with a tribute to John Prine, who died in April after contracting COVID-19. The special hour-long episode compiled highlights from the late singer-songwriter’s eight appearances on the long-running series over a span of 40 years.

Entitled “The Best of John Prine”, the episode opened with a message from a modern torchbearer of Prine’s songwriting style, Jason Isbell. “If the artist’s job is to hold up a mirror to society, John Prine had the cleanest and the clearest of anyone I’ve ever known,” said Isbell, who previously participated in a livestream tribute to Prine over the summer. “Sometimes it seemed he had a window, and he would climb right through.”

From there, the performances proceeded chronologically, starting with a 1978 acoustic rendition of the lovely classic “Fish and Whistle”. Later selections came from sets recorded in 1983, 1987, 1992, 1996, and 2002, up to Prine’s final appearance in 2018 behind his last and highest-charting full-length, The Tree of Forgiveness.

Included in the setlist was a never-before-released performance of “Sam Stone” from 1987, which was premiered earlier in the week here on Consequence of Sound. What’s more, the obligatory inclusion of “Angel from Montgomery” was taken from a 2002 ACL TV episode featuring special guest Bonnie Raitt.

Watch the full “Best of John Prine” episode of Austin City Limits TV below. Also make sure to revisit CoS’ own all-star livestream tribute to Prine,  “Angel from Maywood”.

Sadly, fans will never get to see Prine’s ACL rendition of “I Remember Everything”, his posthumous final recording that became his first-ever No. 1 single and one of our favorite songs of the year. A CD box set collecting his entire Atlantic and Asylum Records catalog is due out later this year.