Trump officials considered using Eilish for a coronavirus publicity campaign, but ultimately nixed the idea due to her politics 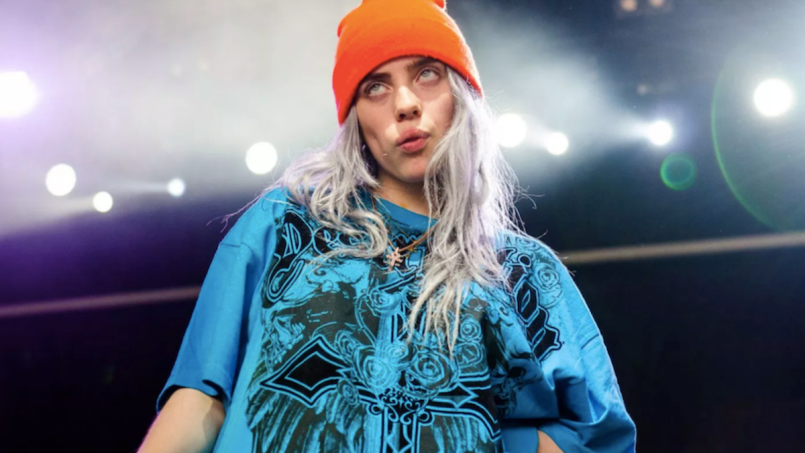 Editor’s Note: The Washington Post article mistakenly attributed a quote Billie Eilish made about Trump to imply that Trump officials made it about her. In actuality, Trump officials were merely quoting Eilish, who said during the Democratic National Convention that Trump was “destroying our country and everything we care about.”

In what would have been the biggest scandal in almost any other presidency, Trump administration officials attempted to hijack $250 million allocated for a coronavirus awareness campaign, with the hope of using taxpayer money to instead boost Donald Trump’s re-election chances. Now, leaked documents have revealed the administration’s notes on potential celebrity endorsements, including a concern that Billie Eilish is “destroying our country and everything we care about.”

The story began when the Department of Health and Human Services sent out a “performance work statement” to several communication firms regarding a $250 million contract. An exposé in Politico raised concerns about the partisan intentions behind the advertisements, especially as HHS is supposed to remain independent. This report spurred three Democratic congressional representatives to look into the matter, who then shared documents with the Washington Post.

HHS Assistant Secretary for Public Affairs Michael Caputo, a political appointee, seems to have been chiefly responsible for the initiative. Caputo is a colorful figure; a former lobbyist for Vladimir Putin, he recently told Trump supporters to prepare for an “armed insurrection” and accused scientists at his own agency of “sedition.” In a September meeting, Caputo proposed that the coronavirus awareness campaign should have the theme, “Helping the President will Help the Country.”

Along with other Trump appointees, Caputo vetted at least 274 celebrities as spokespeople for the advertising blitz. Of those, only ten seem to have received approval. Candidates were deemed unfit to tell the public about COVID-19 if they had ever criticized Trump or expressed admiration for Barack Obama. Celebrities who supported same-sex marriage were also eliminated.

Jennifer Lopez was rejected because her Super Bowl performance featured children in cages, in an apparent critique of Trump’s immigration policies. Director Judd Apatow was nixed because he “believes Trump does not have the intellectual capacity to run as President.” Christina Aguilera was described as, “an Obama-supporting Democrat and a gay rights supporting liberal”, Adam Levine is a “liberal Democrat who supported Obama and fights for gay rights”, Justin Timberlake “publicly endorsed Obama and supports gay marriage”, Johnny Depp “appears to be aligned with the liberal left”; and actor Jack Black is “known to be a classic Hollywood liberal.” But they saved their most hyperbolic words for 18-year-old Eilish, who was identified as “not a Trump supporter” who is “destroying our country and everything we care about.”

The ten acceptable celebrities were Mehmet Oz aka Dr. Oz, actor Dennis Quaid, singers Marc Anthony, Enrique Iglesias, Shulem Lemmer, CeCe Winans, Billy Ray Cyrus, Miranda Lambert, and Garth Brooks, and former basketball star Dwyane Wade. Interestingly, several members of that group have either obliquely criticized Trump (Wade, Anthony), or had previously refused requests to appear at Trump rallies (Brooks). The Post reports that three of the celebrities sat down for interviews for public service announcements, but all of them subsequently withdrew their approval for those interviews to be used.

Michael Caputo is currently on a leave of absence for health reasons, and has not issued a response. While Congressional Democrats are looking into the matter, it is unlikely that anyone in the Trump administration will face consequences.

Eilish’s many country-destroying activities include announcing a Fender signature ukulele (ukuleles were perfected in Hawaii, where the illegal immigrant Barack Obama was born), performing her first-ever NPR Tiny Desk (Home) Concert (true patriots already returned to the workplace), writing a Bond theme song called “No Time to Die” (we all have to make sacrifices for the economy), and releasing a new song called “my future” (we don’t need to care about the future because everyone knows that the world will cease to exist after the current crop of Republican donors all die). She is also actively trying to get more people to vote (inherently anti-American), and over the summer she performed at the Democratic National Convention (treason).