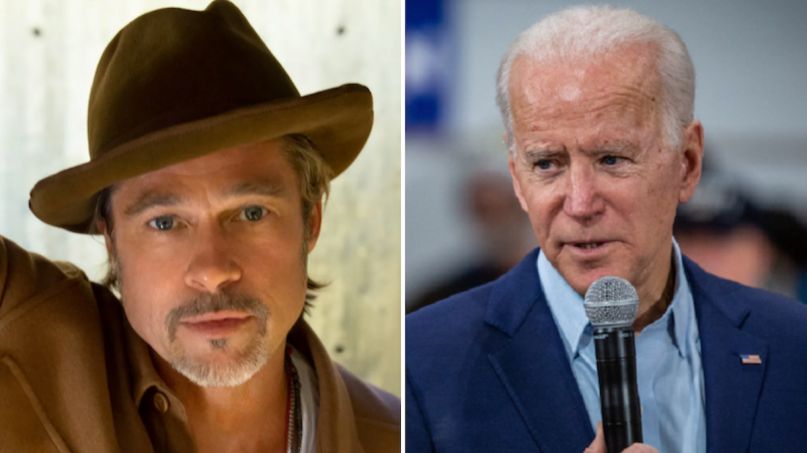 With the election just nine days away, the stars are coming out in full force in support of Joe Biden. Brad Pitt is the latest celebrity to tie himself to the Democratic presidential candidate’s campaign, as he narrates a new ad for Biden.

Premiering during Game 4 of the World Series between the Dodgers and Rays on Saturday, the clip leans heavy into Biden’s message of positivity. Over shots of the candidate meeting a range of supporters, Pitt says, “America is a place for everyone – those who chose this county, those who fought for it – some Republicans, some Democrats, and most, somewhere in between.”

The actor goes on to talk about how we’re all looking “for the same thing:” a leader who understands, listens, is honest, and treats others with respect. In other words, the antithesis of Trump. Pitt continues, “[America is looking for a leader] to work just as hard for the people who voted for him as those who didn’t. To be a president for all Americans.” Watch the ad below.

Pitt is but the latest in a long line of A-listers who’ve lent their talents to Biden’s campaign. Samuel L. Jackson, Sam Elliott, and Dave Bautista all previously narrated ads, while Beastie Boys licensed their music to soundtrack a recent commercial. (Unfortunately, the latter ad was pulled after the venue owner in the video faced harassment from conservatives.) Other celebs have participated in virtual events or endorsed Biden, such as Mindy Kaling and Kumail Nanjiani, Foo Fighters, Mel Brooks, the cast of Marvel’s Avengers, Dwayne Johnson, Taylor Swift, and more.

Meanwhile on the other side, 50 Cent endorsed Trump over concerns about paying more taxes, while the Trump’s pal Kid Rock attended the final presidential debate and had to be told to wear a mask.