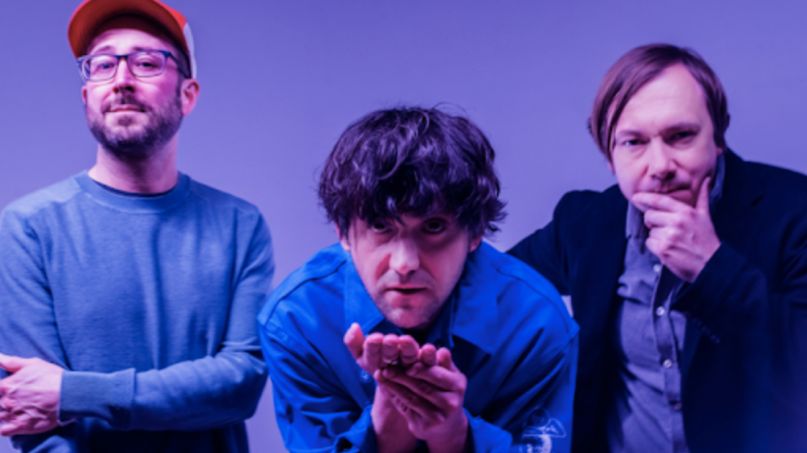 This weekend, Bright Eyes are set to take part in “Village of Love”, a livestream concert supporting Planned Parenthood. Ahead of Sunday’s virtual event, the band has shared a new, guest-heavy benefit single for the nonprofit called “Miracle of Life”.

The song is a dark country mosey, courtesy of drumming from Queens of the Stone Age’s Jon Theodore and bass from Red Hot Chili Peppers’ Flea. Better Oblivion Community Center collaborator Phoebe Bridgers also contributes, her vocals echoing alongside Conor Oberst’s with the unholiness of the lyrics’ narrative. They sing of a couple who try to drive out of state for a legal abortion, only to find themselves forced into a dangerous situation. Of course, the immorality isn’t in their goal, but in the roadblocks in their way. “Lay down on the hard cold ground/ Crying’s such a soothing sound/ Get cured with a coat hanger/ Girl, you’re in America now,” goes the chorus.

In a press release, Oberst said of the track,

“This song should not exist in 2020 America. It is a protest song, I guess. Or maybe just a little story about what was, what still is in many parts of the world and what could be again here in this country if the GOP is successful in reshaping the Supreme Court and rolling back all of the hard fought progress made for reproductive rights in the last fifty years. Hopefully, if we all work together and vote, it will make this song sound as irrelevant and outdated as it should.”

Available via Bandcamp for $1, all proceeds from “Miracle of Life” will benefit Planned Parenthood. The track will hit streaming platforms on October 28th, but you can listen to and purchase it now below.

Earlier this year, Bright Eyes returned with their first album in nine years Down in the Weeds, Where the World Once Was.