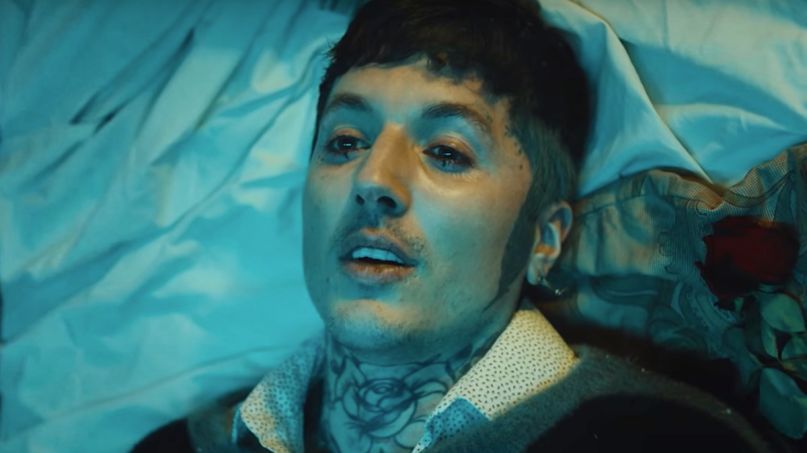 Bring Me the Horizon's Oli Sykes in "Teardrops" video

Bring Me the Horizon have unleashed another new song from their upcoming EP, Post Human: Survival Horror. The latest single, “Teardrops”, is accompanied by a music video that finds frontman Oli Sykes in an underwater struggle.

“Teardrops” follows recent singles “Parasite Eve” and “Obey”, as well as last year’s “Ludens”, which all appear on the nine-song EP, due October 30th.

Sykes has high praise fo “Teardrops”, ranking it among the UK band’s top tracks. “It is my favorite song off the record,” he said in a press release. “I’m so excited to get this single out, it feels like a classic Bring Me the Horizon tune but without it feeling like anything we’ve done before. I feel like ‘Teardrops’ is some of the best work we’ve ever done, musically and lyrically as whole.”

Pre-order Post Human: Survival Horror here, and watch the video for “Teardrops” below.