Bruce Springsteen Reunites with the E Street Band on New Album Letter to You: Stream 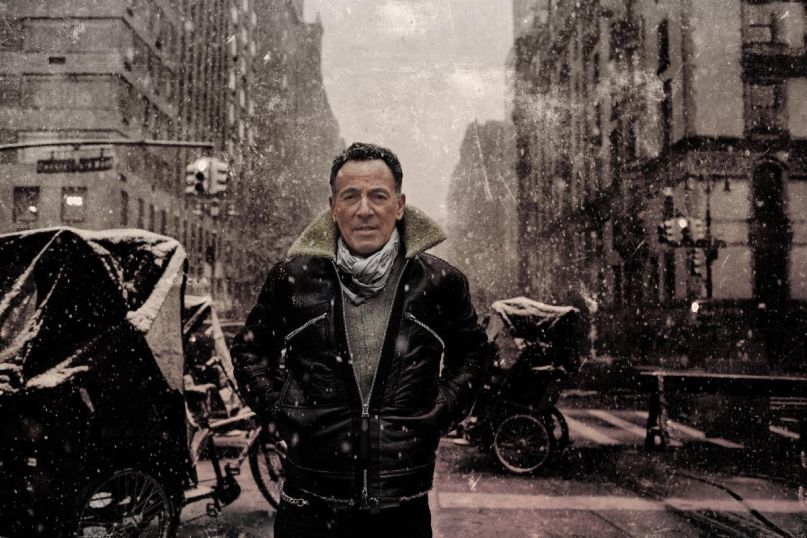 Bruce Springsteen has reunited with the beloved E Street Band for a new album called Letter to You. Stream it below with Apple Music and Spotify.

This is the first time The Boss has recorded with the likes of Roy Bittan, Nils Lofgren, Patti Scialfa, Garry Tallent, Stevie Van Zandt, Max Weinberg, Charlie Giordano, and Jake Clemons since 2014’s High Hopes. Letter to You features nine new Springsteen songs, which were written on a guitar randomly gifted to him by a fan, as well as three cuts from the 1970s that have never been released: “Janey Needs a Shooter”, “If I Was the Priest”, and “Song for Orphans”. Mixing was provided by Bob Clearmountain, and mastering was handled by Bob Ludwig.

In anticipation of today’s release, Springsteen released two singles, “Letter to You” and “Ghosts”. The lyrics have led fans to speculate that the Patron Saint of New Jersey is writing about the coronavirus pandemic. But in a recent interview with Asbury Park Press, Springsteen quashed those rumors, before quickly pivoting to the many failures of the Trump administration. He said,

“I didn’t set it out to comment on, or to be topical at all, or a comment of the times. It was simply where I arrived after 70 years on Earth… [But] the recklessness and carelessness that you see from the current administration toward life itself is a disgrace. It’s a true disgrace and it’s very insulting to all those who have gotten sick and who have passed away. It’s a very sad state of affairs because really your job is to comfort those people. Comfort your citizens, comfort your neighbors, comfort your friends. Let them know those who died are irreplaceable. Let them know the nation is weeping for them and that the nation cares about them from the top down. Then do your best to solve the thing as well as you can. But that’s been missing. That’s a voice that’s been missing and the voice of the value of life is missing from our daily political discourse. So it’s been very sad and I suppose it is something that gets addressed in our record and maybe some folks will find it comforting.”

Also out today is the new Letter to You documentary for Apple TV+. And if you’ve read this far, you’ll definitely be interested in Springsteen’s interview with Eddie Vedder and Dave Grohl, in which three music veterans hang out and shoot the shit, as well as our ranking of The Boss’ discography.

Letter to You Artwork: