An explosive performance of their history-making single 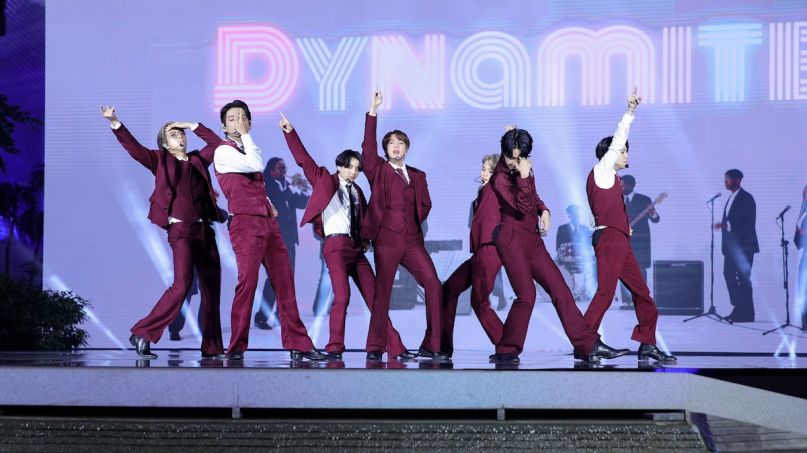 BTS at the 2020 Billboard Music Awards

If you thought K-pop couldn’t get any bigger than it already was, just look at the year BTS have been having. The septet became multi-millionaires when their label, Big Hit, went public; they took over The Tonight Show for an entire week; and their most recent single, “Dynamite”, became not only their first No. 1 hit on the Billboard Hot 100, but the first song from a Korean group to ever take the top spot. That’s on top of the two LPs they’ve already released this year, Map of the Soul: 7 and the Japanese-language companion LP Map of the Soul: 7 – The Journey.

On Wednesday night, they continued their mega-success by taking home the Billboard Music Awards’ Top Social Artist trophy — for the fourth year in a row. To celebrate, BTS delivered a performance all the way from South Korea.

In what was far and away the best live showing of the night, the Bangtan Boys took over Terminal 2 at the Incheon International Airport to sing “Dynamite”. Backed by a virtual band, they lit up the terminal with both an array of lights and their dance moves. Check out the replay below.

BTS are destined to return to the Billboard Music Awards next year to claim more trophies. Their next album, BE (Deluxe Edition), arrives on November 20th.