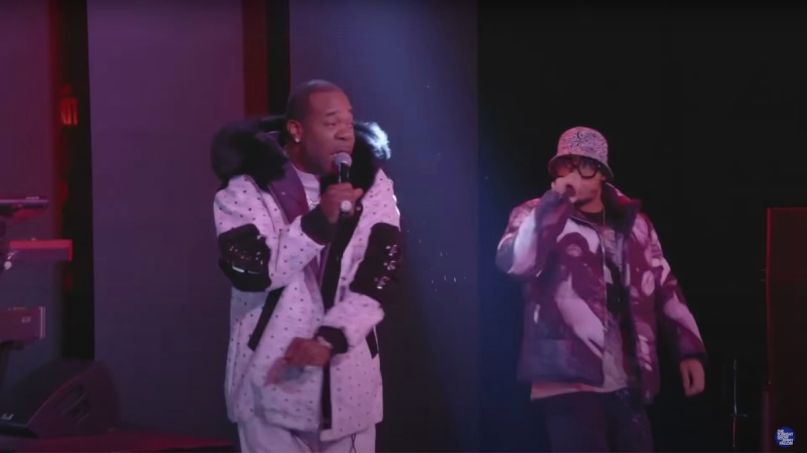 Busta Rhymes dropped his star-studded comeback album Extinction Level Event 2: The Wrath of God on Friday. The New York rapper celebrated his big release by stopping by The Tonight Show Starring Jimmy Fallon later that evening to perform “YUUUU” — and he received some on-stage assistance from none other than Anderson .Paak.

Backed by a live band and standing atop a proper stage, the gym rat and veteran rapper led his crew through a synchronized dance in time with the staccato rap song. He, Spliff Star, and .Paak all took turns spitting out their lines while dancing side to side, rolling their arms in the air, and staying light on their toes. Their chemistry was undeniable, and for performing to an empty room, they sure knew how to keep the mood high. Don’t miss the moment where Busta breaks out a great running man pose, too.

Watch the full performance below.

Extinction Level Event 2 is the first album Busta has dropped in nearly eight years. In addition to .Paak, he’s joined on the record by A Tribe Called Quest’s Q-Tip, Mariah Carey, Rick Ross, Mary J. Blige, and plenty more. Arguably the biggest get, though, is a Kendrick Lamar collaboration, which marks the Compton MC’s first release of 2020.