The singer is partial to Around the Fur, explaining that the band "captured lightning in a bottle" 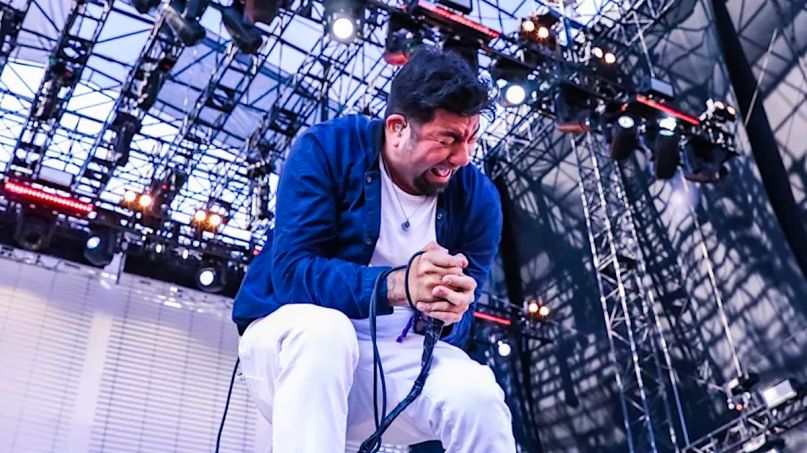 While 2000’s White Pony tops most publications’ rankings of Deftones albums (including ours), singer Chino Moreno puts another LP at No. 1 on his personal list. In a new interview, the Deftones frontman insists that the group’s sophomore effort, 1997’s Around the Fur, is his favorite release in the alt-metal act’s discography.

Moreno was chatting about the band’s new LP, Ohms, with Apple Music’s Zane Lowe, when the discussion turned to the singer’s favorite Deftones album. “[Around the Fur holds] a really special place for me,” said the singer. “I will say that is my favorite Deftones record.”

He continued, “I honestly still think that record will always be my favorite record. One of the main reasons why… For one, we were pretty young … but we were on fire. And [our debut album] Adrenaline … I never really liked that record too much. … I appreciate it for what it is, obviously. It’s like we were very naive and sometimes things will shine because it’s like, they don’t know what they’re doing, but sometimes there’s brilliance in that, I guess.”

Moreno added, “I still love [Around the Fur]. … I was just so excited to show people what was to come [after our debut]. And I think we all were. It just one of those things where we definitely captured lightning in a bottle, like straight up.”

Elsewhere in the interview, Moreno talked about working on Ohms with Terry Date, who produced the band’s first four albums, including Around the Fur. “He’s really engaged, but he doesn’t dictate where things should go,” remarked Moreno. “He’s very patient. So he allows all of us to be us, individually and collectively.”

Deftones released Ohms on September 25th after much anticipation. The band had planned to embark on a headlining North American summer tour in support of the album, but those dates have been postponed until 2021 due to the pandemic.

Revisit Around the Fur with the video for “Be Quiet and Drive (Far Away)” below.