Chubby and the Gang Pay Their “Union Dues” on New Song: Stream

Plus, the London punk rockers have signed to Partisan Records 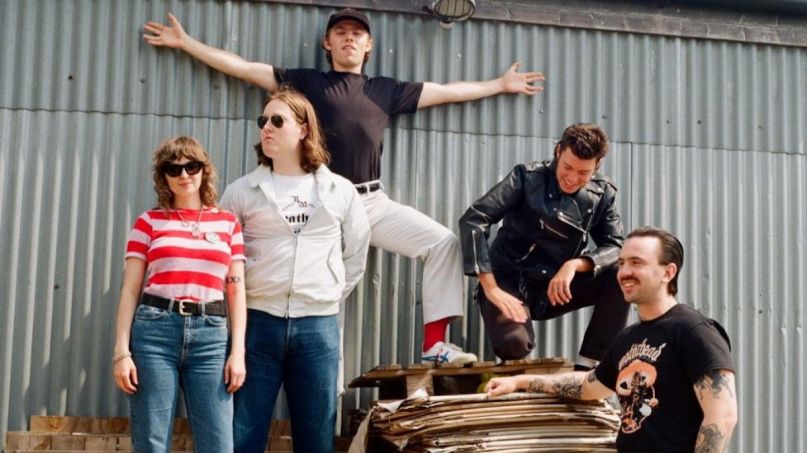 Chubby and the Gang, photo by Ellie Chaplin

London punk five-piece Chubby and the Gang dropped their debut album, Speed Kills, earlier this year to some excited praise, and it seems like labels were tuning in. Today, Partisan Records revealed they signed the band, and Chubby and the Gang are celebrating by releasing a new single called “Union Dues”.

Considering their garage-rock spin on punk is as politically concerned as it is musically reckless, Chubby and the Gang should be a logical fit on Partisan alongside bands like Fontaines DC and IDLES. Led by “local electrician” Charlie Manning, Chubby and the Gang are billed as “coming out of a new wave of British hardcore,” the reality of which is blisteringly fun, rapidly quick, and excitingly unpredictable.

If “Union Dues” is any indication of Chubby’s next moves, then we’re in for a treat. After opening with a tongue-in-cheek knock-knock joke, the song rides a jittery guitar riff and makes room for Manning to spit-yell his thoughts about labor efforts, collective bargaining, and never losing steam. Stream it below.

According to the label, Chubby and the Gang plan to release a new album as soon as next year. In the meantime, Speed Kills will receive a physical re-release by Partisan on November 20th.