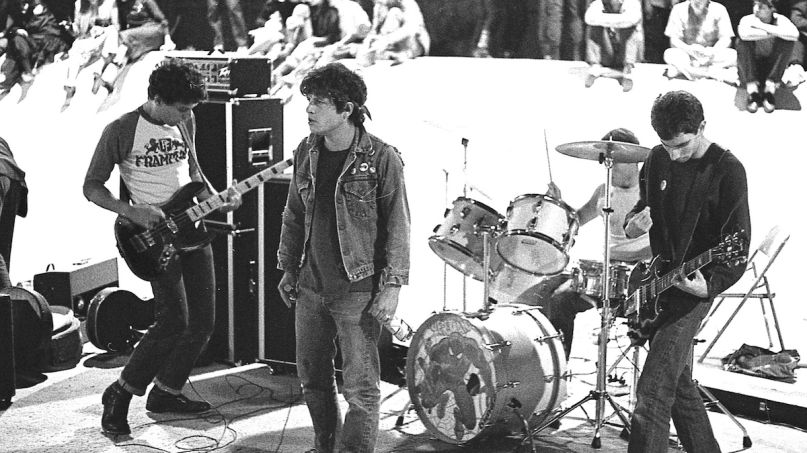 Circle Jerks are celebrating the 40th anniversary of their debut LP, Group Sex, with a deluxe reissue of the seminal album. The jam-packed release will arrive on October 30th.

The news of the reissue comes on the exact 40th anniversary (October 1st) of Group Sex. The 1980 LP is one of hardcore punk’s landmark albums, influencing countless acts to follow.

The deluxe packaging was created by Robert Fisher, who designed Nirvana’s Nevermind album. The reissue is being released via Trust Records, a new label formed by industry veterans Matt Pincus and Joe Nelson, whose mission is to “give classic punk and hardcore records the home that they deserve.” It will be available on vinyl and via digital platforms.

“Before they had a name for the label Matt and Joe came to [us] with an opportunity of a lifetime,” said Circle Jerks vocalist Keith Morris. “So choosing the name Trust Records is very appropriate as they’ve been nothing short of trustworthy and people of their word. That’s insanely important when navigating through the music branch of showbiz world!”

A limited-edition version of the Group Sex reissue can be pre-ordered in pink-blue-and-yellow vinyl from the band’s merch site. Those who pre-order the album directly from the band will also get a bonus reproduction of a 24-page fanzine that the band put out in 1980. Only 1,000 of the colored-vinyl versions are being pressed, but a more widespread vinyl release is available via Amazon.

This year, Circle Jerks were set to embark on a tour in support of the anniversary of Group Sex, but those plans were shelved due to the pandemic. The dates have since been rescheduled for 2021.

See a video teaser, along with the album artwork and tracklist, for the Group Sex resissue below.