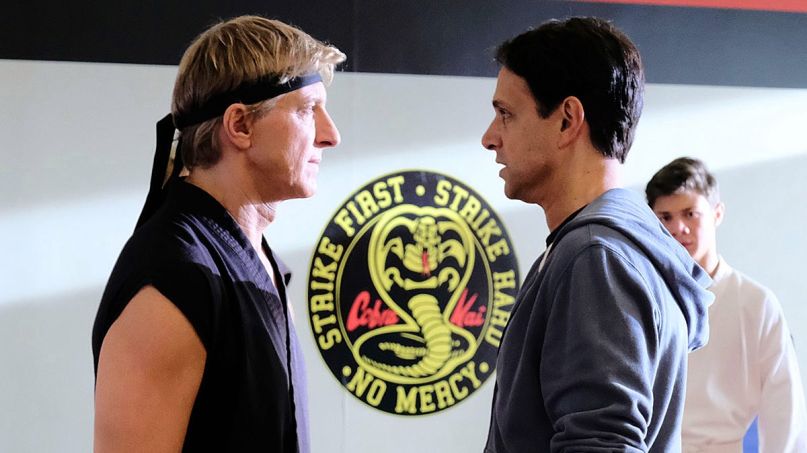 Good news Cobra Kai fans. Today, Netflix dropped a new teaser trailer for its highly anticipated third season. Not only does it announce a premiere date of January 8th, 2021, but it also confirms a fourth season is “officially training to join the fight.”

As for the actually teaser, there are a few glimpses of what’s to come. It looks like Daniel LaRusso (Ralph Macchio) and Johnny Lawrence (William Zabka) are at least on speaking terms again. Meanwhile, Robby (Tanner Buchanan) appears to be in juvie following his attack on Miguel Diaz (Xolo Maridueña), who wakes up at the end in the hospital.

That last reveal is admittedly rather surprising, seeing how Miguel’s fate is the true cliffhanger at the end of Season 2. What’s also intriguing is how this teaser leaves out any shots of Okinawa, Japan, one of the only reveals we had prior to this trailer. So, unfortunately, whether Yuji Okumoto returns as Kid II villain Chozen remains to be seen.

Needless to say, we’re hyped. Granted, it’s a shame Netflix isn’t dropping Season 3 for the holidays — that could always be changed, of course — but perhaps they’re interested in giving Cobra Kai a fresh start with a new year? Who knows. What we do know is that the future is much brighter for The Karate Kid spinoff, and the story is just beginning.