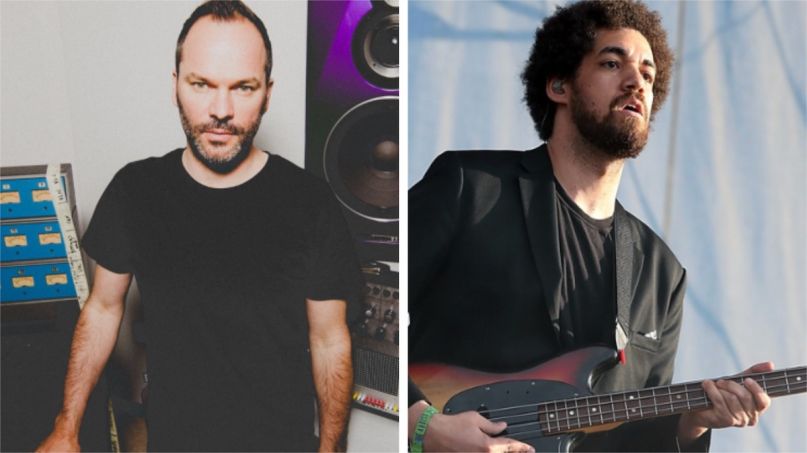 Danger Mouse (a.k.a. Brian Burton) and Radiohead producer Nigel Godrich have created a new app called Station Rotation. According to the duo, it’s a free program for artists, producers, directors, and other friends to program individually curated radio stations — not playlists, they emphasize — that can be streamed in real time within the program.

Technically, the duo announced the project over social media last week, but they didn’t clearly explain what Station Rotation was at the time. Now, a press release has offered up some more specific details: Station Rotation allows Burton and Godrich’s famous friends to spin music online, and it allows fans to tune in and enjoy the music with friends who are also listening simultaneously, too.

“Station creators choose their favorite songs, which (unlike a playlist) are played in random order,” reads a press release. “And much like a radio DJ, the station creators can edit their own stations by adding and subtracting tracks as they please (just as a programmer would bring songs in and out of Rotation). There is no way to skip to the next or previous song… If you want to hear something else, you simply change the station. And if you want to hear what the DJ is spinning next, you have to wait until the next song (like a radio Station).”

Station Rotation is free to use and does not contain ads, as it’s entirely owned and self-financed by Burton and Godrich. However, you will need a Spotify Premium account, because the app is built using its software. It’s currently available to download on iOS and will, hopefully, expand to Android users in the future.