A kickstarter campaign has been launched to complete the music video 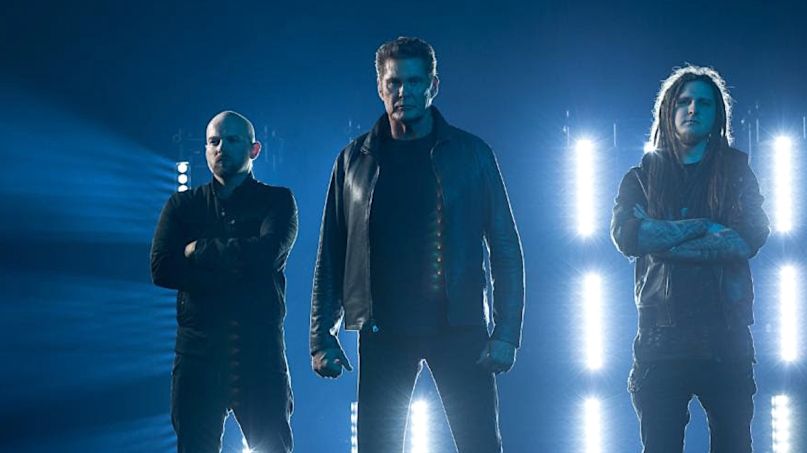 The Hoff is back, and ready to bring the metal.

Television star and singer David Hasselhoff has teamed up with Austrian avant-metal duo CueStack for a new song, “Through the Night”. The collaboration came about after CueStack pursued the idea of incorporating one of their heroes, The Hoff, into a metal song. Naturally, they met with the man himself, and after many discussions and demos, “Through the Night” came about.

“Yes, we actually made a metal song with David Hasselhoff,” said CueStack’s Martin Kames, who collaborates with guitarist Bernth Brodträger in the project.

The song was recorded by Hasselhoff and CueStack in Vienna in 2019, where they also shot the accompanying music video. With limited budget and props, the band say that they’ll need more money to complete the necessary post-production to bring their “Sci-Fi/Cyberpunk vision into reality.”

The group is currently fundraising on Kickstarter for the music video and an accompanying making-of documentary. While the song hasn’t been released yet, parts of the track can be heard in the “first look” video below. In that clip, The Hoff can be seen singing in an epic power metal style.

Though heavy metal is new territory for Hasselhoff, the Baywatch and Knight Rider star is certainly no stranger to the recording booth, having released numerous solo pop albums over the years. He even notched a massive hit in Germany and Austria with 1988’s “Looking for Freedom”.

Last year, Hasselhoff released a covers album, Open Your Eyes, on which he tackled tunes by The Jesus and Mary Chain, Echo & the Bunnymen, Whitesnake, and more.

Check out the “first look” video for “Through the Night” below and contribute to the video project via Kickstarter.