Plus: De La Soul are working on a new album with DJ Premier and Pete Rock 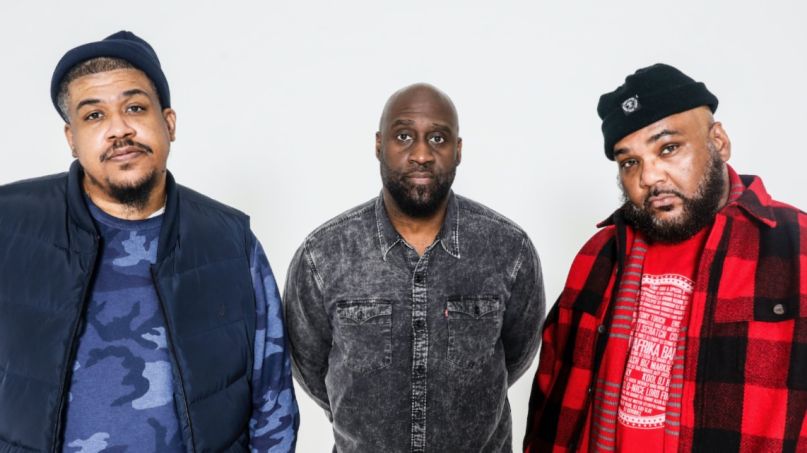 Never ones to hold back their feelings, De La Soul have a delivered a pre-election Donald Trump protest song called “Remove 45”. They’re joined on the track by several other hip-hop luminaries, including Chuck D, Talib Kweli, Pharoahe Monch, and Styles P.

The track was produced by Supa Dave West, and begins with audio of Trump himself. But he can hardly whip out the dog whistle before a chorus of aggrieved voices tells him to “Shut up!” The hook samples Public Enemy’s 1991 classic “Shut ‘Em Down”, chopping and spinning Chuck D so that he calls out, “1, 2, 3, remove 4, 5!” That’s clever and all, but the real flavor in the song comes from the veteran lyricism. “Remove 45” is five-and-a-half minutes of punchlines and policy analysis, goofy jokes and serious concerns. As De La Soul’s Posdnous raps, “It’s hard to spread harmony when his policies are for harm.”

The group wants to do more than enter their feelings on record; De La Soul hope to inspire wavering citizens to vote. As Pos said in a statement, “When it comes to this president and his administration we need to exercise our right to vote and REMOVE him from office.”

“Remove 45” marks De La Soul’s first new recording in four years, but there’s more music on the way. According to a press release, the group is currently recording a new album with DJ Premier and Pete Rock.

These aren’t the only rappers making a political pitch. Cardi B endorsed Joe Biden and later got a Trump-supporting teen arrested for doxxing. 50 Cent endorsed Trump even though “Trump doesn’t like Black people,” but soon recanted. Diddy thinks “there will be a race war” if Trump is re-elected, while Ice Cube collaborated with the Trump administration on the “Platinum Plan” for Black Americans.