It's about the Greek Freak and his family 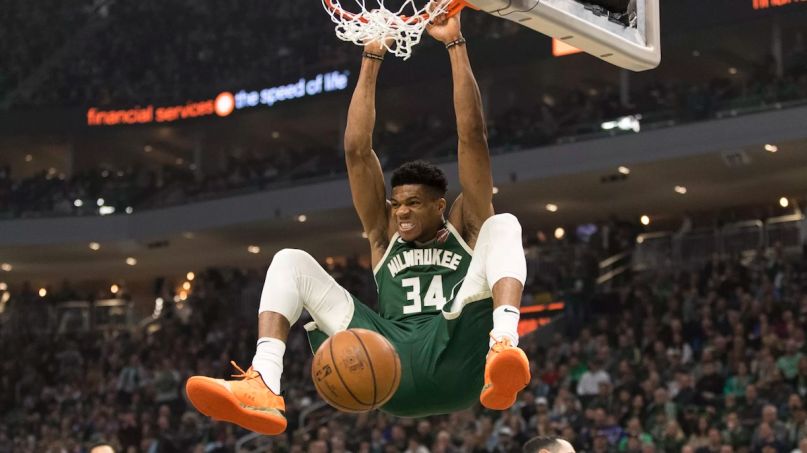 Giannis Antetokounmpo’s life is like a fairytale story, so it’s no shock that Disney is making a movie about the NBA icon and his brother, Thanasis Antetokounmpo. What does come as a surprise, though, is the fact that they’re looking for everyday people to star as him — no experience necessary.

“Disney is making a movie based on my family’s story and they are searching for actors to play me and my brother, Thanasis, in our younger days,” tweeted Antetokounmpo. “No experience necessary! It helps if you resemble the handsome boys pictured below and have some basketball experience. SPREAD THE WORD!”

Born in Athens, Greece as the son of Nigerian immigrants, Antetokounmpo fell in love with basketball as a kid, joined a semi-pro local league, and made himself eligible for the NBA draft abroad. Come fall of 2013, he was signed to the Milwaukee Bucks at just 18 years old. Since then, he’s quickly become a household name as the “Greek Freak,” an All-Star captain alongside LeBron James, and won the NBA MVP awards two years in a row.

Reportedly, the movie is being directed by Nigerian filmmaker Akin Omotoso, has Arash Amel writing the script, and Bernie Goldman onboard as a producer. According to the casting call website, the film’s plot “recounts their rise, with the help of their family, from undocumented Nigerian immigrants, living in Greece to basketball superstars in America.”

The studio is currently looking for two different people to portray a young Giannis at ages 13-15 and 15-18. This is a legendary giant on the court, though, which means the specifications are narrower than usual for a Disney flick. The preteen actor must be taller than 5′ 11″ are ready to portray a not-yet-mature Giannis who’s “not afraid of hard work… pushes his body to master the craft of basketball… and morphs from a skinny, inexperienced young boy to an ‘AWESOME’ young man.”

Anyone who wants to play Giannis the teenager must be taller than 6′ 3″ and carry themselves with the energy of an athlete on the verge of exploding. The casting call describes him as a sibling about to surpass his older, taller brother Thanasis on the court. “Under pressure from his coaches to be more nimble, and more quick, Giannis absolutely masters the craft of basketball, and soon becomes so quick that an impossible dream appears to be within his desperate grasp: joining the elite members of this year’s NBA draft pick,” it reads.

If you want to audition to play a living basketball legend, then head to the movie’s casting call website for more information.

Disney is making a movie based on my family’s story and they are searching for actors to play me and my brother, Thanasis, in our younger days. No experience necessary! It helps if you resemble the handsome boys pictured below and have some basketball experience. SPREAD THE WORD!