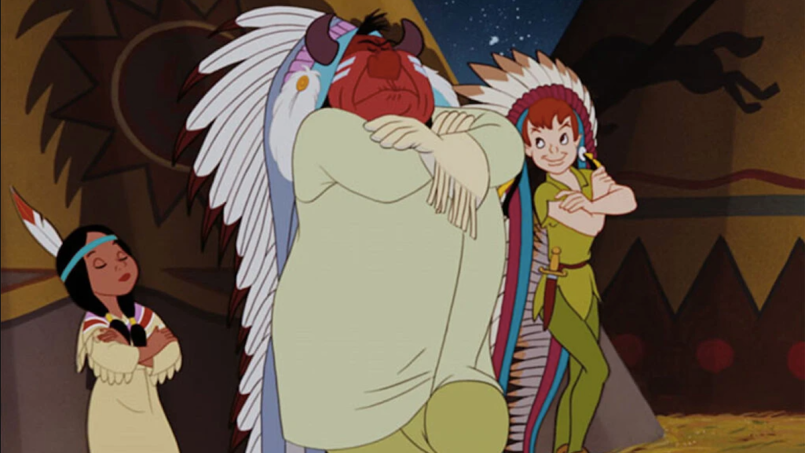 The Walt Disney Company continues to struggle with presenting beloved films that lean on racist stereotypes. Last year, Disney+ rolled-out disclaimers about “outdated cultural depictions” in films like Dumbo, Peter Pan, The Aristocats, The Jungle Book, and more. Now, via The New York Times, the House of Mouse has added a more robust warning which has been applied to a broader range of titles, including 1992’s Aladdin.

The 12-second disclaimer plays at the beginning of the program and cannot be skipped. Viewers will be warned about “negative depictions” and “mistreatment of people or cultures.” It continues,

“These stereotypes were wrong then and are wrong now. Rather than remove this content, we want to acknowledge its harmful impact, learn from it and spark conversation to create a more inclusive future together.”

The warning also directs users to Disney’s Stories Matter website, which explains in greater depth why the material is hurtful. Swiss Family Robinson is described with the note, “The pirates who antagonize the Robinson family are portrayed as a stereotypical foreign menace. Many appear in “yellow face” or “brown face” and are costumed in an exaggerated and inaccurate manner.” Peter Pan‘s problematic portrayal of Native peoples is highlighted, along with its use of a racial slur, and Dumbo comes with a short history of segregationist Jim Crow laws.

In contrast, the disclaimers added last year merely said, “This program is presented as originally created. It may contain outdated cultural depictions.” Altogether, Disney has done a better job of acknowledging the company’s role in perpetuating hurtful stereotypes, and has put much more effort into contextualizing these older films. But the 1946 musical Song of the South remains unavailable on Disney+, which is a tacit admission that the movie is so explicitly racist that no disclaimer or warning would be sufficient.

Other streaming platforms have also wrestled with how to present bigotry. Earlier this year, HBO Max pulled Gone with the Wind and then restored it with a new historical disclaimer. Meanwhile, TV shows including The Office, 30 Rock, and Scrubs have pulled episodes over their use of blackface. Spike Lee has argued that Gone with the Wind and even the Ku Klux Klan epic The Birth of a Nation should be screened with proper “context.”