Elton John Gets His Own Barbie Doll 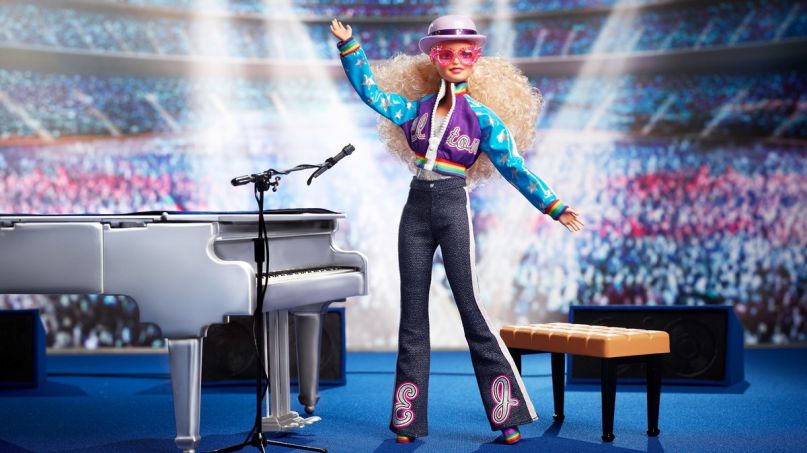 Just in time for the holidays, Elton John has launched his very own Barbie doll.

In a collaboration with Mattel, The Rocket Man himself has decked out the beloved children’s toy with his signature getup: tinted glasses, a purple bowler hat, bomber jacket, platform boots, and flared jeans emblazoned with his initials.

More than a great children’s gift, the doll doubles as a commemorative token for the 45-year celebration of his iconic 1975 Dodgers Stadium performance, which was a high-point in the 2019 film Rocketman. An image of John hunched over the piano in his sparkling Dodgers uniform is pictured on the doll’s box, which is also decked out in 3D stars.

In a quote published in Rolling Stone, John revealed how excited he was to carry out a collaboration with this storied pop culture institution. “Barbie is an icon in her own right, so having her pay tribute to my work and personal style is a real honor,” John said. “I hope that she inspires fans everywhere to fearlessly pursue their own dreams and limitless potential.”

The limited-edition doll is priced at $50 and is available now via Walmart. Most recently, John sported his legendary pink suit in the cartoon visual for “The Pink Phantom”, his collaboration with Gorillaz for their new project Song Machine: Season 1 – Strange Timez.

Come fall 2021, John hopes to resume his “Farewell Yellow Brick Road Tour” in the UK before returning to North America in 2022. The tour was previously postponed due to the pandemic.