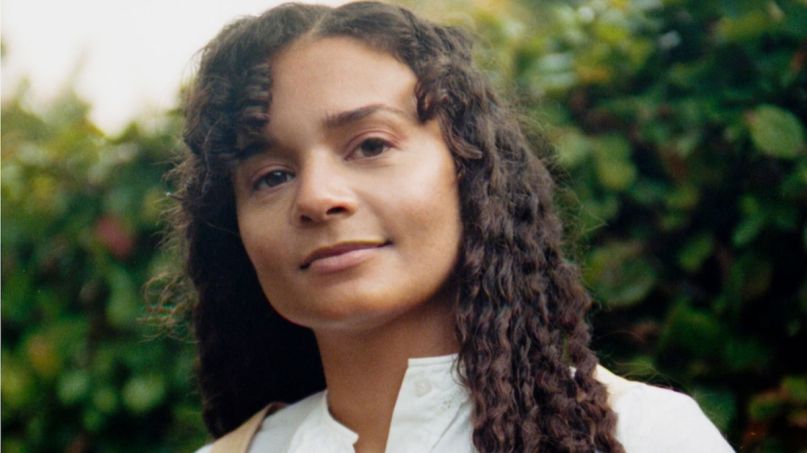 Portuguese-born, Copenhagen-based musician Erika de Casier writes songs that sound like a mixture of FKA twigs and Björk. So it comes as no surprise that 4AD, the prestigious record label behind iconic experimental R&B and pop artists, has officially signed her to its roster. To mark the occasion, de Casier is releasing a brand new single that shows off her talent called “No Butterflies, No Nothing”.

Last year, de Casier released her debut album, Essentials, to critical acclaim. Written, produced, and released entirely by herself while living in Denmark, its wide range in scope and sound quickly positioned de Casier as a creative polymath worth watching. And the same can certainly  be said for her latest track.

“No Butterflies, No Nothing” is a mesmerizing blend of electronic production and acoustic instrumentation. While de Casier sings in her breathy style, woodwinds and harps flow around her with warm, easygoing melodies. Meanwhile, a slightly brooding synth part snakes throughout to act as a counter balance. Speaking to FADER, de Casier said the song is “about wanting to fall in love with someone, but the butterflies are just not coming.”

In the track’s accompanying music video, de Casier can be seen singing in a tranquil, luxurious garden as she goes on a series of dates with a guy, the two of whom are dressed in vintage pastoral outfits. After a handful of picnics and waterside conversations, she grows increasingly disinterested and eventually runs away.

“I wanted to create a sort of ‘perfect’ realm where the underlying drama is what cracks the picture,” de Casier said in a statement about the music video. “When I was a kid, I used to hurry home from school so I could watch Days of Our Lives and I really think it’s funny how soap operas depict characters’ lives in such an openly overdramatic and unrealistic way — it’s all about the drama. I was also inspired by romantic period films like Pride & Prejudice and Sense & Sensibility, so to mix the two aesthetics with my own was really interesting.”

Watch the self-directed clip below.