Fender Extends Free Guitar Lessons Program Through the End of 2020

Fender fans can once again enjoy free guitar, bass, and ukulele lessons for the next three months 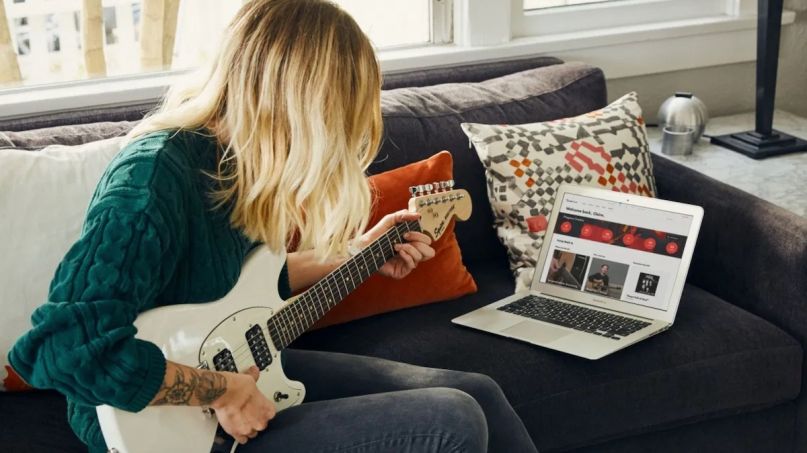 Back at the beginning of the pandemic, guitar manufacturer Fender kicked off a promotion that offered guitar, bass, and ukulele players three months of free lessons on their Fender Play app. The giveaway was initially supposed to run for six three, but it was such a huge hit that the company is extending it through the end of 2020.

“When quarantine began, we invited the world to make some noise with free access to Fender Play. Six months in, the world is louder than ever — and music still has the power to connect us all,” Fender said in a press release. “So until 2020 is over, our invitation is back, 3 months of free online guitar, bass and ukulele lessons. No cost. No catch. Just music. Let’s play on through to the other side.”

It might seem a little peculiar for a business to be giving away free product in the midst of an economic recession, but Fender and their other competitors in the guitar industry have actually had a record-smashing year for sales. In fact, Fender will sell more guitars this year than any other year in their company’s history (!), and their Fender Play user base has grown 500% (from 150,000 to 930,000 subscribers) since they launched the free lesson promotion in April.

With US coronavirus numbers starting to spike again and cold weather on the horizon, people will likely be indoors a lot in the coming months, so this promotion extension comes at an opportune time. Head here to sign up for your free Fender lessons. And in case you still need the hardware, Fender recently announced their Billie Eilish signature ukulele series, as well as a revamp of Tim Armstrong’s signature acoustic guitar.

You can also purchase a variety of Fender guitars via Reverb. (Editor’s note: Consequence of Sound earns an affiliate commission.)