She plays "I Want You to Love Me", "Shameika", and "Fetch the Bolt Cutters" with the backing of a full band 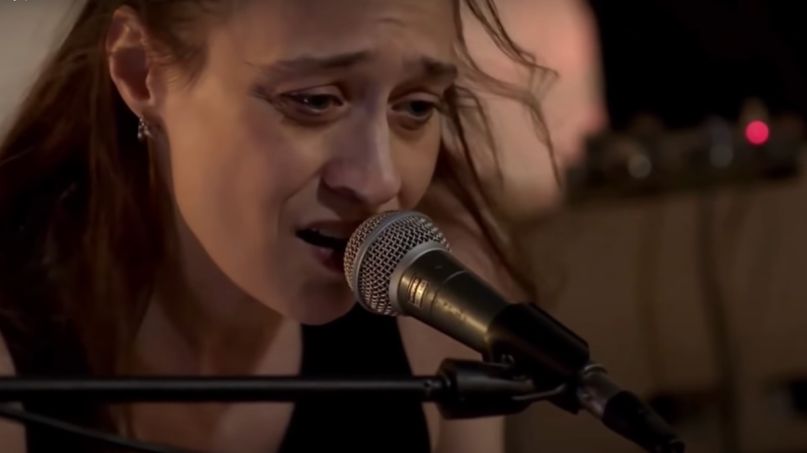 Fiona Apple performed music from her brilliant new album Fetch the Bolt Cutters live for the first time during a virtual appearance at the New Yorker Festival this weekend.

As Pitchfork points out, Apple played three songs “I Want You to Love Me”, “Shameika”, and “Fetch the Bolt Cutters” with the accompaniment of a full band. She also spoke to The New Yorker writer Emily Nussbaum about the making of the album and a variety of other topics. Watch it all below.

Since the release of Fetch the Bolt Cutters earlier this year, Apple contributed a song to the Apple TV+ series Central Park and narrated a short film about how to document unlawful ICE arrests. She’s also committed to donating her royalties from “Shameika” and “Heavy Balloon” to the Harlem Children’s Zone, which helps support the higher education of kids, and Seeding Sovereignty, an Indigenous-led collective working to dismantle imperialist institutions and colonial-capitalism.

Previous Story
Pearl Jam to Celebrate 30th Anniversary of First Concert with Archival Performance of Ten
Next Story
Song of the Week: Stevie Nicks Lends Her Voice to the Fight on “Show Them the Way”
Popular
More Stories
[fu-upload-form form_layout="media" title="Submit Your Photo"][input type="hidden" name="ugc" value="1"][/fu-upload-form]