FKA twigs Says She Made a “Whole Album in Quarantine”

The follow-up to 2019's MAGDALENE was written over FaceTime 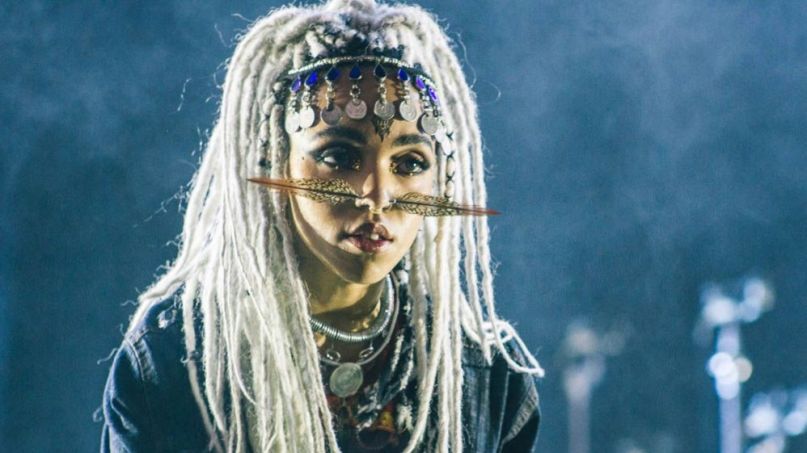 Fans had to cool their heels for five years between 2014’s LP1 and 2019’s MAGDALENE, but the wait for FKA twigs’ third album is already nearing its end. In a recent interview, the British songwriter said that she made a “whole album in quarantine.”

The news came in conversation with Scott Goldman as part of the Grammy Museum’s Programs at Home. Early on in the pandemic, the artist born Tahliah Barnett acknowledged “struggling a little bit to find my rhythm.” A professional dancer before she was a professional musician, Barnett missed going to dance studios and pushing her body to its limits. But she eventually settled in, finding a songwriting routine over FaceTime. She explained,

“In the beginning of the quarantine I was struggling a little bit to find my rhythm, because I love to train, I love to go to dance studios, I love to meet up with my collaborators and really have that one-on-one creative, fun experience. Obviously, that wasn’t able to happen. But I ended up, in actual fact, making a whole album in quarantine. I just decided one day — it was maybe one-third of the way through — and I said, ‘You know what, I’m just gonna make an album.’ I just went and did it. It was really amazing. I worked predominantly with an amazing artist and producer called El Guincho. And I did the whole thing with pretty much all of the collaborators over FaceTime. I was working with people that I’d never met in real life, and we were doing the whole thing over FaceTime. It was great.”

The R&B star said she had to “work from MP3s, and then I would write melodies in the day with Pablo, who’s El Guincho, and then in the night I would call some of my friends in America that make music. I would have a glass of wine and chill and write lyrics and talk about what the song’s about.” So far, no album name or release date has been set.

FKA twigs confirmed a few other collaborators, notably Ali Tamposi and Billy Walsh. Elsewhere in the interview, she noted that her “physicality did suffer a bit,” from lack of exercise, said that in lockdown she started learning the piano and can “read music now, which is good,” and spoke at length about her latest studio album — one of our favorite albums of 2019 — MAGDALENE. Watch the whole interview at the Grammy Museum website.

In August, she shared the video for the MAGDALENE track “Sad Day”, as well as the new song “Sum Bout U” featuring rapper 645AR. She’s recently been raising money for sex workers affected by the pandemic.