Coming in celebration of the Lakers' recent NBA championship 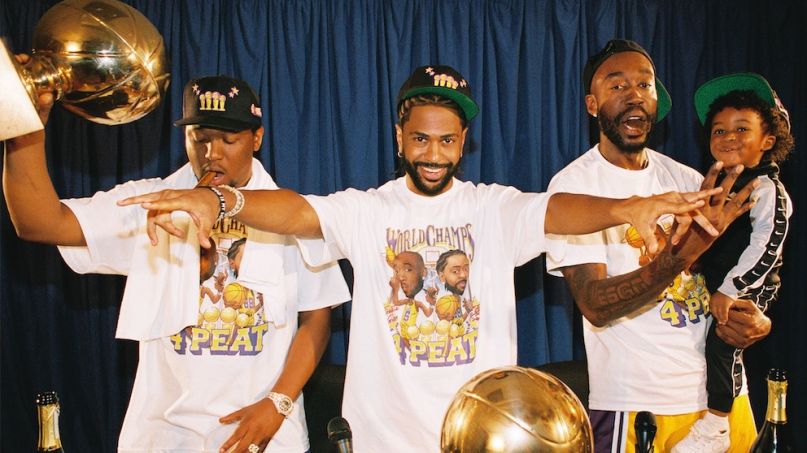 Freddie Gibbs, Big Sean, and Hit-Boy have teamed up to release a celebratory new single called “4 Thangs”. The collaboration comes with a mood-worthy music video in which all three hip-hop stars can be seen decked out in Lakers jerseys celebrating the team’s recent NBA championship.

It’s hard not to feel a secondhand high as you them hugging golden trophies, slipping into commemorative t-shirts, and spraying champagne in the air. Watch the clip below.

Earlier this year, Gibbs dropped his Alchemist-produced album Alfredo, which has since gone on to become his highest-charting record to date and one of the best albums of the year. As for the other two, Big Sean released his latest full-length Detroit 2 and Hit-Boy produced the entirety of Nas’ new record and tracks by Lil Baby, Conway the Machine, and Vic Mensa.