Future Islands Perform “For You” on Colbert: Watch

Plus, stream their new album, As Long As You Are, early 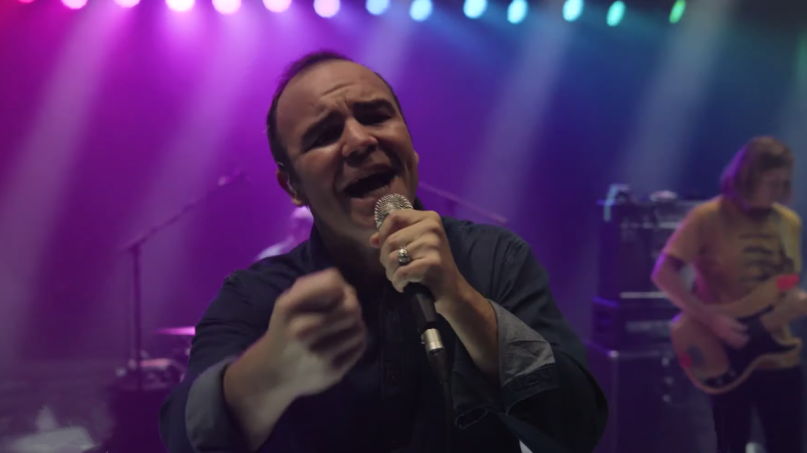 Future Islands on A Late Show with Stephen Colbert

It was over six years ago that Future Islands had their much-deserved breakthrough with an appearance on The Late Show with David Letterman. On Wednesday night, they returned to the program, now under the stewardship of Stephen Colbert, in support of their upcoming album, As Long As You Are. As their performance of “For Sure” made clear, Future Islands haven’t lost an inch of passion in the intervening years.

That said, it’s quite a different passion now. “For Sure” is a powerful love song, attributed equally to the band’s driving instrumentation as Samuel T. Herring’s unquestionably earnest delivery. The frontman was in top form, thrashing about on the final chorus and even miming the lyrics of the second verse. We might not get the meme-able dance moves this time around, but watching the band live is as much a joy as ever. Check out the replay below.

This also might serve as a preview of Future Island’s only show of 2020, a livestream taking place tomorrow, October 9th. Entitled “A Stream of You and Me”, the performance will be lit by Phoenix collaborator Pierre Claude (Phoenix) and directed by Michael Garber (Bon Iver). Tickets are available here.

The event comes in celebration of the As Long As You Are release, which is also set for Friday. However, fans wanting an early listen can head to the album’s website; if your location services are on, the site will figure out where you are and if enough other people in your area are logged on, you’ll have access to a rolling stream of the LP.

You can also check back on Consequence of Sound tomorrow for Future Islands’ exclusive Track by Track breakdown of their new effort.