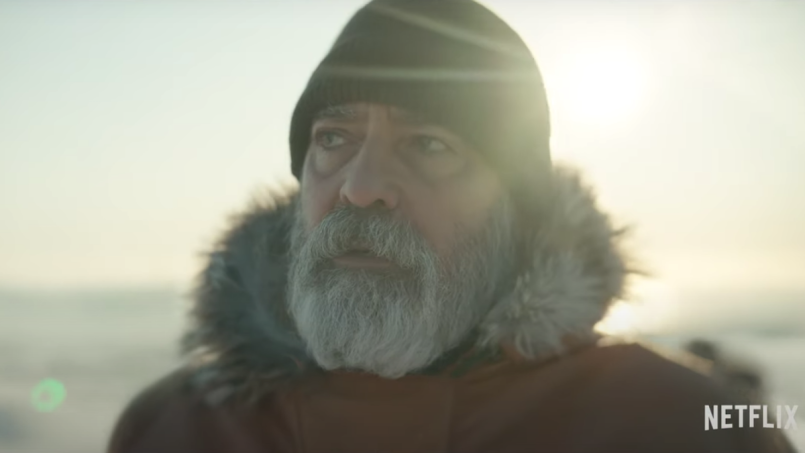 It’s the end of the world and nothing’s fine in the first trailer for George Clooney’s The Midnight Sky. Mr. Clooney brings his most voluminous beard yet to Netflix on December 23rd.

Based on the 2016 book Good Morning, Midnight by Lily Brooks-Dalton, The Midnight Sky is Clooney’s seventh directorial effort, and his first since 2017’s Suburbicon. The screenplay comes from The Revenant’s Mark L. Smith. Clooney plays Augustus, a forlorn scientist in the Arctic who has somehow survived the apocalypse. The film follows his efforts to warn a group of astronauts who haven’t heard about the calamity on Earth.

In addition to Clooney, The Midnight Sky boasts the considerable talents of Felicity Jones, David Oyelowo, Kyle Chandler, Demián Bichir, and Tiffany Boone. The trailer shows plenty of moody shots of depressed scientists leaning over fancy consoles, as well as brief glimpses of Arctic desolation. Watch it for yourself below.