An early 2021 release falls in line with Forge's previous prognostication 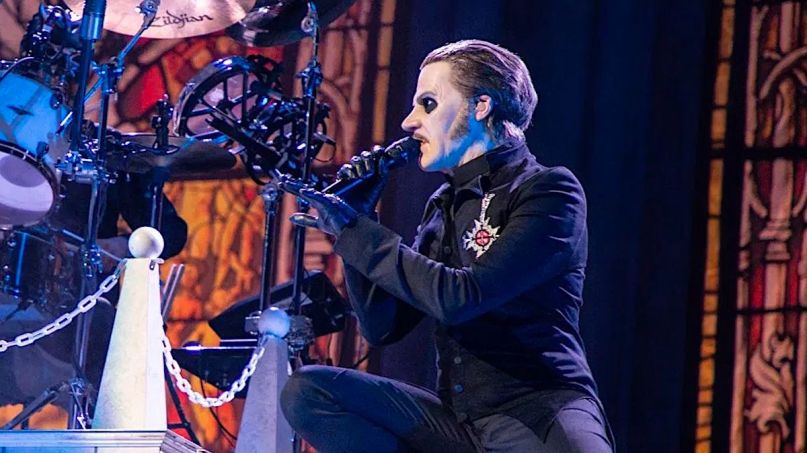 Ghost will release their new album this winter, according to frontman Tobias Forge. The singer previously said he wanted to wait until after the U.S. presidential election before releasing the follow-up to 2018’s Prequelle.

Forge told Swedish publication VK that Ghost will release the new album “this winter,” with the band’s touring plans pushed to fall 2021. The release plans fall in line with statements that Forge made last year, when he predicted an early 2021 release for the group’s fifth LP.

If you wanted Forge’s take on the pandemic — and how it fits into his lyrics — the enigmatic singer said there won’t be any “doomsday” or “quarantine-confirming” records from Ghost anytime soon. However, he might reluctantly consider playing reduced capacity shows in smaller venues if the pandemic restrictions don’t lift.

“I have already made a record about God’s wrath and doomsday, even if Prequelle was not about just infection from a medical perspective,” Forge told VK, translated from Swedish (via MetalSucks). “But I have a feeling that there will be plenty of doomsday and quarantine-confirming records in the future [from other bands], and I think I might not participate in it.”

He added, “We have played with the idea of ​​perhaps playing in a smaller context if it is an alternative. But my purpose in playing live with Ghost is not to do it at any price, because that’s not what people want to see. People want to see a show. It’s not just that I show up and it’s done, quite the opposite.”

Little is known about the new Ghost album, except that Forge compared the approach to Metallica’s fifth LP, “The Black Album”, last year, staying the band had to make a “responsible” record. It will be fronted by Forge’s latest incarnation, Papa Emeritus IV, who transformed from Cardinal Copia at Ghost’s only 2020 show.