The veteran musician handled lead vocals on the 1970 album Lizard 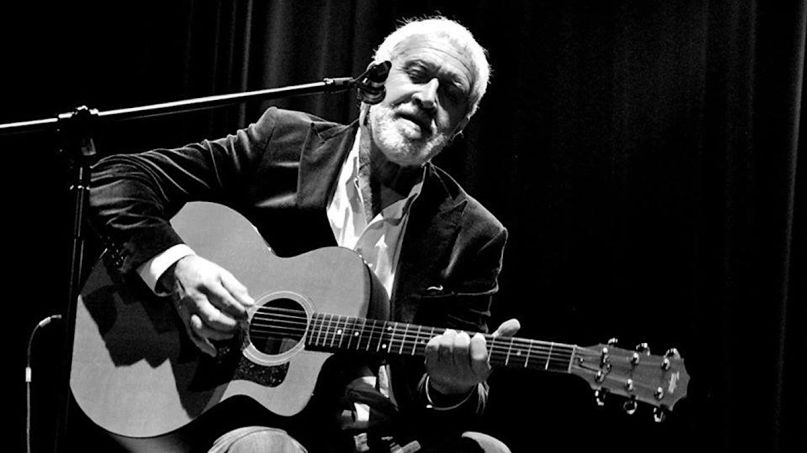 Onetime King Crimson singer-bassist Gordon Haskell has died at the age of 74. The sad news was announced via the musician’s Facebook page, but no cause of death was given.

“It is with great sadness we announce the passing of Gordon, a great musician and a wonderful person who will be sadly missed by so many,” read the statement on Haskell’s passing.

Haskell had a brief tenure in King Crimson during the pioneering UK prog-rock band’s early years. He was a classmate and teenage bandmate of founder Robert Fripp in the group League of Gentlemen, and was recruited to sing lead vocals on the song “Cadence and Cascade” on King Crimson’s second album, 1970’s In the Wake of Poseidon. Greg Lake sang lead on all of the LP’s other tracks.

After Lake left the band to form Emerson, Lake, and Palmer, Haskell was tapped as a full-time member of King Crimson. He handled vocals and played bass on the next album, Lizard, which was released later in 1970.

However, Haskell’s tenure in the group didn’t last long. He left King Crimson right as they completed Lizard, and then spent the next two decades in a legal battle with the band over royalties.

In a posting to King Crimson’s Facebook page, the band stated, “Gordon Haskell’s Facebook page is reporting that Gordon has died. His time in KC wasn’t a particularly happy part of his long career but his work on In The Wake of Poseidon and in particular, Lizard is much admired in the Crimson community.”

Prior to his time with King Crimson, Haskell was a member of the band Fleurs De Lys in the mid to late ’60s. After leaving King Crimson, Haskell went on to release 13 solo albums, including one as recently as January of this year (2020’s The Cat Who’s Got the Cream). His solo song “How Wonderful You Are” became a massive hit on the UK charts in 2001.

Haskell was also a roommate of Jimi Hendrix at one point in the ’60s, as the pair shared a London flat.

Earlier this year, King Crimson mourned the loss of drummer Bill Rieflin, who had been a member of the band since 2013, and also played in Ministry and R.E.M., among other outfits.

Our condolences go out to Gordon Haskell’s family, friends, and onetime bandmates during this difficult time. Revisit his music with a couple of King Crimson selections, and his solo song “How Wonderful You Are” below.