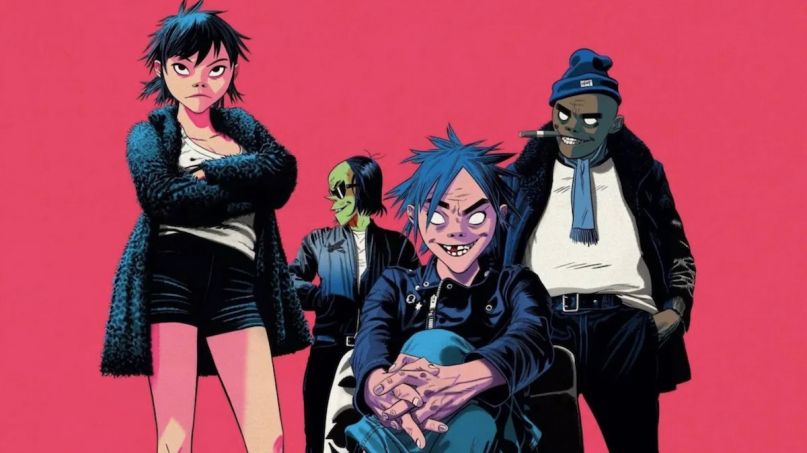 Gorillaz are just days removed from releasing Song Machine, Season One: Strange Timez, but already Damon Albarn is plotting out his next steps.

Speaking to Radio.com, Albarn revealed that the second season of the band’s audiovisual project Song Machine will come paired with a feature-length film.

“Well, we are supposed to be making a film while we’re doing season two,” Albarn explained. “We signed contracts, we’ve begun scripts and stuff.”

Albarn admitted that, “Making an animated film that’s kind of abstract is quite a big risk for a movie studio because they’re very expensive. If you’re telling a slightly obtuse story that only sometimes makes any sense, it’s quite difficult. That’s what we’ve discovered.”

He’s not kidding; Gorillaz previously attempted to make a feature film called Celebrity Harvest in 2003, but ultimately scrapped the project after the studio wanted a more family-friendly tone. 14 years later, in 2017, Gorillaz announced plans for an animated TV series, but that has also yet to materialize.

This time around, however, Albarn assures fans that the project is actually happening, and is confident in his team’s abilities to create something special: “We will do it, we are doing it. I see a lot of people doing animated videos these days but I don’t think they really touch the quality of ours.”

That’s not the only Gorillaz project Albarn has in the hopper: he’s also considering a sequel to the band’s masterful 2010 album, Plastic Beach.

“I think sadly, more than ever the need to keep reminding people that we need to change our habits; to somehow help our climate is really necessary,” Albarn said. “So maybe I need to revisit it, really. I don’t think we can ever leave ‘Plastic Beach.’ I’d like to just have an album called Clean Beach, but at the moment it’s still ‘Plastic Beach.’ So Plastic Beach 2 is a nice idea for me creatively but it’s also really depressing… but it’s necessary.”

Season One of Song Machine, which was released on Friday, features collaborations with Robert Smith, Beck, Elton John, St. Vincent, Peter Hook, and many more. Stream the project here, and read our review here. To support its release, Gorillaz and Beck performed their new collaborative track “The Valley of the Pagans”, during a recent appearance on the Animal Crossing talk show Animal Talking.