HAIM Get a Call from Robert Pattinson During “3 AM” Performance on Seth Meyers: Watch 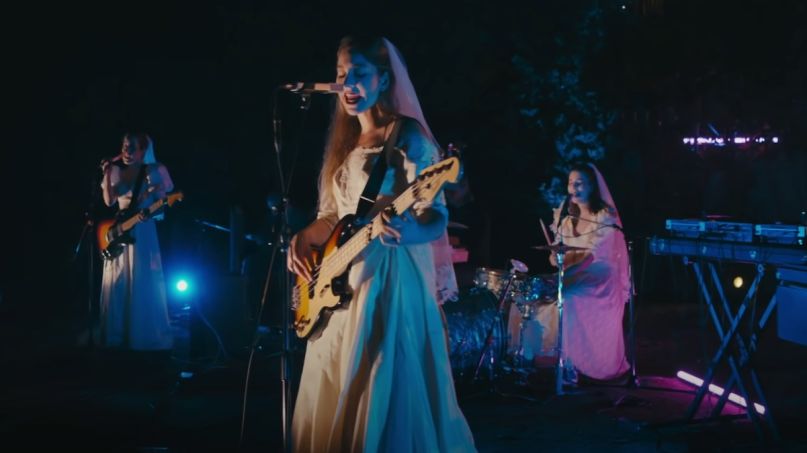 HAIM have really got this “appearing on a late night talk show during quarantine” thing down. Last month, they set up outside of Los Angeles’ The Forum for a performance on Kimmel. Then on Thursday night, the siblings brought Halloween — and a special guest — to Seth Meyers.

The trio’s rendition of “3 AM” from their latest LP, Women in Music Pt. III, opened with a call from Robert Pattinson. Listed in HAIM’s phone as “Emotional Vampire” (get it? ‘Cause of Twilight? You get it…), Pattinson recreated the booty-call intro from the album version of the song. After sending him to voicemail, the band revealed themselves in wedding gowns as (slightly) undead brides set in an exceedingly well-lit backyard. The vibe put a spooky sheen on the R&B jam, including a comically threatening call to vote at the end.

Prior to the performance, the HAIM sisters Zoomed in with host Seth Meyers to reveal how Pattinson came to be involved. Apparently, Tom Hardy and Benedict Cumberbatch were higher on their list, but neither returned their call (ironically). The trio also reminisced about meeting Meyers backstage during their first Saturday Night Live appearance, as well as their earliest gigs at the Kibitz Room and opening for Harry Potter-themed bands.