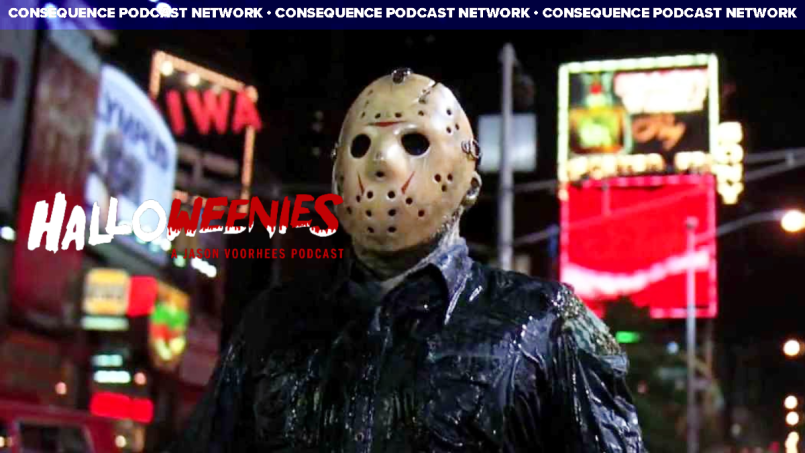 Toot toot! All aboard the SS Lazarus en route to New York City! Tonight’s entertainment revolves around the graduating senior class of Lakeview High School. In celebration, there will be a special invite-only dance party in the disco room.

That’s right. Jason Takes Manhattan for this Friday the 13th, and the slices include more than pizza. Head to the dock and join Halloweenies co-hosts Justin Gerber, Mike Vanderbilt, McKenzie Gerber, and special guest Jenn Adams of Psychoanalysis.

Together, they discuss how the low budget was the real villain, the godawful makeup, the death of the timeline, the gaudy music, the right and wrong ways to teach kids to swim, and how they managed to get to the Big Apple by lake.

So, grab your Dramamine and listen above. If you missed any past episodes of Halloweenies, subscribe to the archive now! Previous seasons have included deep dives into both Halloween and A Nightmare on Elm Street.