Nights of the Dead, Legacy of the Beast: Live in Mexico City arrives November 20th 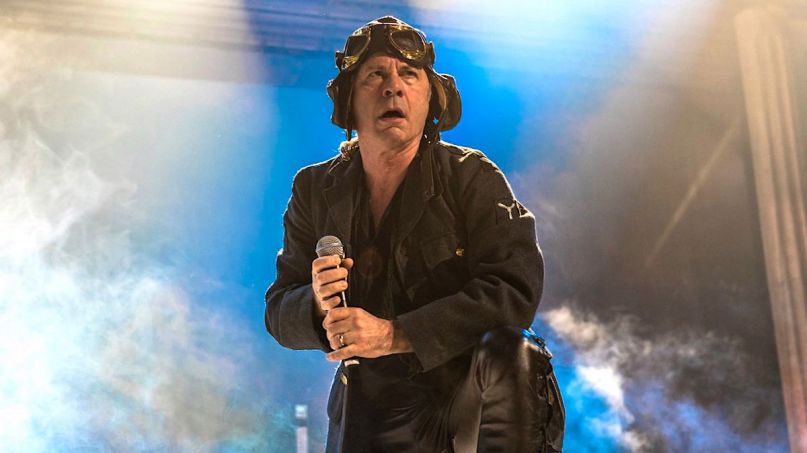 Iron Maiden’s “Legacy of the Beast Tour” was an epic occasion. And like most of the band’s high profile tours, it will be immortalized as a live album, with the band announcing Nights of the Dead, Legacy of the Beast: Live in Mexico, which arrives November 20th.

The album was culled from Iron Maiden’s three sold-out arena shows in Mexico City in September 2019, during the heart of the band’s lengthy “Legacy of the Beast” trek. Clocking in at over 100 minutes, the tracklist encompasses the band’s setlist from the tour and is a perfect way to relive the experience.

Heavy Consequence caught the tour in Brooklyn last year and we came away astounded. Even by Maiden’s standards, it was a massive production, featuring a stage-sized bomber plane, flamethrowers, and twirling guitars. Per its “Legacy” billing, the band played their greatest hits, treating fans to many of Iron Maiden’s signature songs. Sadly, a 2020 leg of the tour never got off the ground when the COVID-19 pandemic forced the band to cancel or reschedule the dates.

“When the final leg of our 2020 Legacy tour this summer had to be cancelled due to the COVID pandemic, the whole band was very disappointed and deflated and we know our fans felt the same,” stated founding bassist Steve Harris, who co-produced the album with Tony Newton. “We’d been really looking forward to bringing the show to even more countries and although we’ve been able to reschedule most of our European own-shows for 2021, we thought we’d take a listen to the recordings from the tour so far and see if we could create a definitive live album souvenir that everyone, everywhere could enjoy.”

As an added caveat for the ardent Iron Maiden archivist, songs such as “For the Greater Good of God” make their live-album debut, while “Where Eagles Dare”, “Flight of Icarus”, “The Clansman”, and “Sign of the Cross” make their first live-album appearances in many years. It also the marks the first Iron Maiden live album recorded in Mexico.

“I think this recording does justice to the passion and joy of our Mexican fans who always give us such a fantastic welcome whenever we play there,” Harris said.

Live in Mexico will be available as a 2-CD digipak; deluxe 2-CD hardcase; triple 180-gram black vinyl; limited Mexican flag-colored triple vinyl; and digitally. Pre-order now via Iron Maiden’s website, or via Amazon, where it will be available soon. Check out the album artwork, tracklist, and Dickinson’s video message below.

Meanwhile, Iron Maiden are apparently in the studio working on new material, according to singer Bruce Dickinson. In a video message to fans, Dickinson plugs guitarist Adrian Smith’s new fishing memoir, Monsters of River and Rock, before offering an update on the band’s status during the pandemic.

“Well, we’re doing bits of writing,” Dickinson said. “I’m talking to Steve [Harris]. We’ve been working together a little bit in the studio. On what, I can’t tell you, ’cause they’d have to kill me.”

Nights of the Dead, Legacy of the Beast: Live in Mexico Artwork: