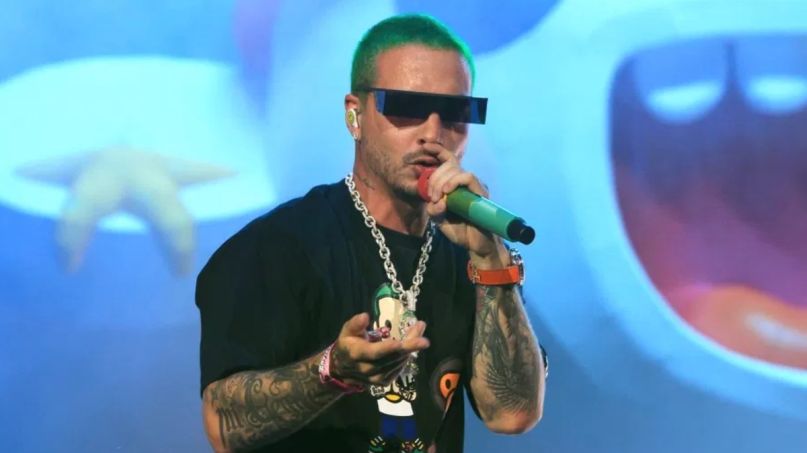 Halloween celebrations may not look the same this year due to the pandemic, but how’s this for a frightfully good alternative? J Balvin is set to headline a special spooky concert on Fortnite.

Officially titled “Fortnitemares”, the virtual event goes down October 31st at 9 p.m. ET. The Colombian megastar is expected to perform on the Party Royale stage, and his set will include the debut of new song “La Luz” featuring Panamanian singer and past collaborator Sech.

Not unlike past Fortnite concerts with Travis Scott and Marshmello, Balvin’s digital appearance will utilize advanced technology. According to Rolling Stone, “Balvin will be recorded using LED walls and camera tracking, which will give the star a more real-life in a virtual world look instead of the digital avatars showcased before.”

“I am always looking for innovative ways to connect with fans that have been so incredibly supportive of my career and music, as well as gain exposure to future fans,” Balvin commented in a statement. “Partnering with Fortnite is an out of this world way to perform a concert in 2020.

Much like Scott, Balvin, too, just got a McDonald’s meal named after him. Big Macs, candy corn, and a livestream Fortnite concert? Consider your Halloween plans made.

In related Balvin news, the reggaeton artist recently teamed up with Dua Lipa and Bad Bunny on the single “UN DÍA (ONE DAY)”. He and Rosalía also hopped on a new remix from Sech last month. It feels like forever ago now, but Balvin had his breakthrough moment earlier this year when he performed at the 2020 Super Bowl Halftime Show with Jennifer Lopez and Shakira.